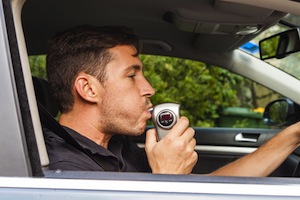 After a law enforcement officer has stopped a suspected DUI driver as part of the Pasadena DUI Process, the officer's DUI investigation will typically involve having the driver provide a breath sample using the portable Preliminary Alcohol Screening ("PAS") device. The PAS test is one of two breath testing devices that may be used by the Pasadena Police Department, California Highway Patrol, Los Angeles County Sheriff's Department, Arcadia Police Department or any other law enforcement agency operating in the Pasadena region. The PAS device is portable and is carried by officers in the field. The Breathalyzer is more accurate, however it is a bulky, stationary piece of machinery that requires a power source.

The PAS device is a small, handheld unit that is standard equipment for the vast majority of officers on DUI patrols in Pasadena. Because the PAS device is portable, the effectiveness of the device can be affected by weather conditions, temperature, and officer handling. In the past, PAS test results were considered inadmissible as evidence because of their reputation for being unreliable. They could only be used to show whether or not there was alcohol in a person's system, and prosecutors were not allowed to provide the actual numeric BAC result produced by the PAS test. Unfortunately, courts now allow PAS results to be presented to juries as long as specific evidentiary foundations have been satisfied. A newer PAS test called the Evidential PAS ("E-PAS") test is actually equipped with a printer that can provide a numeric printout of any result which can later be used as evidence.

Because it is considered to be less accurate than other forms of chemical testing, the PAS test is not mandatory for drivers who are 21 or older or who are not already on DUI probation. Some officers do not inform DUI suspects that the PAS test is not mandatory and some officers may actually tell drivers that they have to take the test and failure to do so would result in an automatic loss of their driver's license.

Pasadena PAS results, on their own, cannot be used to prove a driver had a BAC of 0.08 percent or higher in violation of California Vehicle Code Section 23152(b) VC. Thus, drivers who take the PAS test but who subsequently refuse to submit to further chemical testing via a breath or blood sample would only be charged with Driving Under the Influence in violation of California Vehicle Code Section 23152(a) VC, as well as with a refusal allegation which could increase penalties.

In some cases, the PAS test may actually help a savvy Pasadena DUI lawyer in mounting a successful defense. If major discrepancies exist between the PAS results and the subsequent chemical test results, the reliability of both tests are thrown into doubt. Additionally, there are circumstances where a DUI defendant's PAS results may be used to show evidence of a rising blood alcohol level. If the results of the PAS test taken shortly after the time of driving are lower than the eventual chemical test results, a Pasadena DUI attorney may be able to argue that the driver's BAC was actually under 0.08 percent at the time of driving but a rising blood alcohol level resulted in the elevated BAC results produced later.

If you have been charged with a Pasadena DUI offense, it is critical that you speak with a Pasadena DUI attorney right away. Pasadena DUI Attorney Michael Kraut is a former Deputy District Attorney with over 14 years of prosecutorial experience, which included a rotation at the Pasadena Courthouse where he served as a Senior Trial Prosecutor. Mr. Kraut is highly respected in Pasadena as a skilled DUI lawyer who knows how to effectively fight the results of chemical testing.