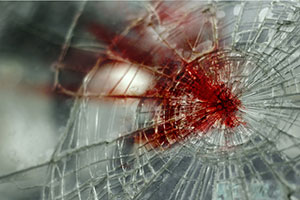 To prove a Pasadena Watson Murder, the prosecution must establish that the driver in question committed an illegal act such as driving under the influence of alcohol or drugs and that as a result of an accident someone is killed. The prosecution much prove that the driver deliberately performed the act of driving and knew of the inherent dangerous nature of the act and that this person consciously disregarded the risk to human life.

Pasadena DUI Murder charges are typically only sought in cases where the driver had either a prior DUI or had taken a driving school in which the prosecution can prove that the driver had been made aware of the risks of drinking and driving and was subsequently involved in a fatal DUI accident.

To prove Pasadena DUI Murder, the prosecution must establish that the defendant driver understood the inherent risks of driving under the influence and then chose to ignore those risks and drive in this dangerous manner. The DUI can be a result of either driving in Pasadena under the influence of drugs or alcohol.

This is also referred to as “implied malice” murder. In these types of murder cases, the prosecution must prove that the defendant driver had the mental state and having a clear understanding of the risks of driving under of the influence, and then chose to drive under the influence anyways, which resulted in the death of another person.

This “knowledge” requirement has been made easier to prove by having every person convicted of DUI acknowledge on the record in open court (or sign a written acknowledgment) indicating that they understand the inherent risk to human life that impaired driving poses. This is commonly referred to as the “Watson advisement.”

There are several defenses to charges of Pasadena DUI murder, and if you or a loved one have been charged or are under investigation for this offense, it is critical that you contact a Pasadena DUI Murder attorney immediately. Pasadena DUI Murder Attorney Michael Kraut is highly experienced at handling charges of this nature, which can be very technical and require highly specialized knowledge and experience. The sooner Mr. Kraut has been retained, the sooner he can bring in his team of investigators and experts to reassess the prosecutor’s case and evidence. Mr. Kraut works closely with professionals who conduct accident reconstructions, review existing toxicology reports and perform independent toxicology analysis in order to mount a complete defense.

As a former deputy district attorney and senior trial prosecutor with over 14 years of prosecutorial experience, Mr. Kraut is highly regarded by prosecutors and law enforcement as a fierce defender of his clients’ rights, especially those charged with serious felonies such as Pasadena DUI Murder.