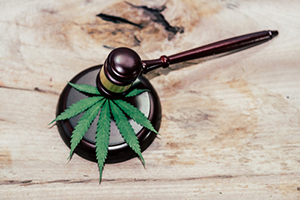 The short answer to the question, “Is marijuana legal in California and the Los Angeles area?” is, “yes.” But even though the legalization of marijuana was a prominent news story across the entire United States when it occurred, most people are not aware of the high levels of regulation that limit the way in which marijuana can be possessed and consumed. That means that individuals who are regularly in possession of marijuana may still find themselves accused of violations of criminal law, even if they truly believed that they were engaging in legal behavior.

In addition to many laws that still criminalize some forms of marijuana possession, many police officers are still in the habit of treating marijuana like other controlled substances. This means that some police officers look for ways to penalize marijuana users, using every regulation possible to accuse users of a crime. A marijuana user in California must still be aware of the legal dangers that remain.

Proposition 64, also known as the Adult Use of Marijuana Act, was passed in 2016. One of the specific reasons for Proposition 64 was to reduce the time and effort spent on non-violent drug offenses, as even the text of the Act notes that such cases were clogging the courts. (Section 2(G)). The Act also noted that its purpose was to “Preserve scarce law enforcement resources to prevent and prosecute violent crime.” (Adult Use of Marijuana Act (2016) Section 3(w)). While selling and transporting have been reduced to misdemeanors from felonies, there are still quite a few ways that police officers attempt to arrest or cite marijuana users.

An infraction is less serious than a misdemeanor. However, police officers often use this violation as an excuse to investigate further. They may ask to search the car, order the occupants out of the car, or pat down the driver. While most infractions typically do not see the same level of attention, marijuana infractions still do and are often pursued by law enforcement agencies.

Even if the driver is coming from a dispensary, some officers still classify the dispensary packaging as an “open container.” While a sealed package of edibles may be safe, a screw-on prescription bottle may be called an “open container” if it does not have a seal. Medical marijuana containers are permitted to be transported after being opened and then reclosed, but some police departments still train their officers that a prescription bottle without a seal is an open container, even if it is screwed shut, and there is no evidence the driver ever open it.

Open container investigations can lead right into an investigation for a marijuana DUI. There is no clearly established limit for driving under the influence of marijuana. So, while drivers are taught that their blood alcohol content cannot rise above a .08%, there is no such clear limit to teach marijuana users. However, this does not have the effect of reducing marijuana DUI investigations. Rather, the lack of a clear test allows for more subjective measures of intoxication to result in a DUI arrest.

The legalization of marijuana has led to new grey areas of the law that may result in unlawful detentions, searches, and arrests when police officers seek to limit an activity that is largely legal. It is important to immediately attain knowledgeable representation, as novel issues are still arising, and it takes a respected attorney to convince a judge of the right ruling when novel issues arise.

If you or a loved one have been charged with a marijuana offense or have been previously convicted of one of these crimes, it is crucial that you discuss your situation with a qualified criminal defense lawyer right away. Michael Kraut is a former Deputy District Attorney with over 14 years of prosecutorial experience who works hard to ensure his clients receive the most comprehensive representation possible.