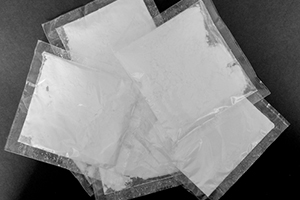 Cocaine is a popular controlled substance that is considered highly addictive. Cocaine is a Schedule II narcotic, meaning that there are limited medical uses for this substance and it carries a high risk of abuse. Cocaine base, which includes crack cocaine and freebase cocaine, is a Schedule I drug which means that there is no accepted medical use for this substance. Despite being illegal, cocaine is a popular drug that is widely used by individuals in bar, clubs and at parties. In California, it is illegal to possess, transport or sell cocaine or cocaine base and defendants convicted of a cocaine-related drug offense can face extensive jail or prison sentences. If charged with any cocaine offense, it is imperative to hire an experienced cocaine defense attorney.

Under California Health and Safety Code Section 11350 HSC, it is illegal to possess cocaine and a number of other controlled substances, including heroin, non-prescribed painkillers and anti-anxiety medications, LSD and many other drugs. This offense was formerly a felony that was punishable by prison. However, under the controversial Proposition 47 that was passed in 2014, personal possession of narcotics is now a misdemeanor that is punishable by up to a year in jail. Defendants may also be eligible for diversion programs under Proposition 36 or Penal Code Section 1000 PC that may ultimately prevent a conviction on their record if they successfully complete a drug treatment program.

Cocaine with Intent to Sell

If the police believe that the defendant possessed cocaine with the intent to sell it, he or she can be charged with possession for sale of a controlled substance in violation of California Health and Safety Code Section 11351 HSC. In order to prove that a defendant possessed a drug with intent to sell it, the prosecution will look for circumstantial evidence of drug sales, such as if the cocaine has been separated into individual packages for sale, the presence of large amounts of cash and the presence of items associated with the sale of narcotics such as scales. Someone convicted of possession of cocaine for sale can be sentenced to up to four years in prison. If cocaine base is involved, the maximum penalty goes up to five years in prison.

Defense Against Charges of Possession or Selling Cocaine

There may be a number of defenses available for those who are charged with possessing or selling cocaine. The quantity of cocaine involved must be a measurable or useable amount. This means that a defendant cannot be convicted for possessing items with cocaine residue, such as a dollar bill. In addition, there may be issues with how the cocaine was discovered by law enforcement. If the cocaine was found as the result of an illegal search or seizure, the defense can file a motion to suppress evidence pursuant to California Penal Code Section 1538.5 PC. If granted, the drug evidence will be suppressed and the prosecution will likely be unable to proceed with the criminal charges. If the cocaine was found during the execution of a search warrant, there may be grounds to challenge the legality of the warrant and the admissibility of the evidence.

If you have been arrested for a cocaine-related charged, it is imperative that you speak with an experienced criminal defense attorney right away. Michael Kraut is a former Deputy District Attorney with over 14 years of prosecutorial experience who understands how to effectively defend drug cases.