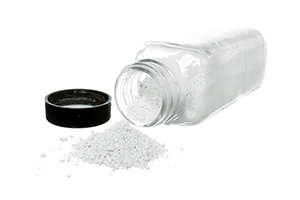 In recent years, law enforcements agencies have focused on limiting the flow of illegal drugs coming into the country while getting rid of the drugs that are already here. With the crackdown on illegal stimulants such as cocaine and methamphetamine, many individuals have turned to manufacturing controlled substances that produce the same effect as those other illicit stimulants. However, these synthetic drugs can be extremely dangerous and use of these substances has led to trips to the emergency room and even death in several cases. As a result, selling synthetic stimulant compounds is a criminal drug offense under California Health and Safety Code Section 11375.5 HSC.

Derivatives of Cathinone or Khat in Los Angeles

Possession for Sale of Synthetic Stimulants

Synthetic stimulants became popular as an alternative to illegal stimulants. Initially possession and sale of these substances were not illegal and these substances would be undetectable in a drug test. These synthetics were sold openly in local business establishments to people of all ages. However, in 2014 the California legislature enacted California Health and Safety Code Section 11375.5 HSC. This law effectively outlawed the sale of synthetic stimulant compounds.

Under California Health and Safety Code Section 11375.5 HSC, selling a synthetic substance is a misdemeanor level offense. Those convicted can be sentenced to serve up to six months in jail, will be required to pay extensive court fines and would be subject to any other condition of probation that the Court chooses to impose. The statute specifically lists the chemical compounds that are prohibited under this law and a defendant can be convicted of this offense if he or she sells any of these listed compounds.

There are many defenses that may be applicable to a defendant who is charged with selling synthetic stimulant compounds in violation of California Health and Safety Code Section 11375.5 HSC. If the substance is contained within a pharmaceutical product that is approved by the United States Food and Drug Administration, the defendant would not be guilty of this offense. In addition, there may be cases where law enforcement agencies conduct sting operations targeting head shops or other business establishments that previously sold these synthetic stimulants. If the undercover officer acts inappropriately or is overly aggressive in his or her attempts to purchase synthetic stimulants, the defendant may be able to raise a valid entrapment defense.

If you have been arrested for selling synthetic stimulant compounds or believe that you are under investigation for this offense, it is critical that you discuss your situation with an experienced criminal defense attorney as soon as possible. Michael Kraut is a former Deputy District Attorney with over 14 years of prosecutorial experience who is highly respected throughout the court system as a top-notch litigator who does not back down from any challenge.