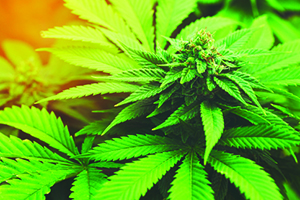 On November 8, 2016, California voters effectively passed Proposition 64, which makes it legal for individuals who are 21 and older to possess and consume small amounts of marijuana. This law also authorizes the sale of marijuana by businesses that are properly licensed. California has been on the forefront of marijuana legalization since 1996, when it became the first state to allow medical marijuana. Since then other states have legalized or reduced penalties on marijuana use and now California is one of several states that allows people to use and possess personal amounts of marijuana.

Under Proposition 64, a person who is 21 or over can legally possess up to 28.5 grams (approximately one ounce) of marijuana or up to four grams of concentrated cannabis. Those who are 21 or over and possess more than the authorized amount can be charged with a misdemeanor offense and would face up to six months in jail and up to a $500 fine plus penalties and assessments. People under 21 who possess any amount of marijuana or concentrated cannabis can be charged with an infraction and can be made to complete drug education, community service or a pay fine. Under Proposition 64, adults who possess any amount of marijuana or concentrated cannabis on school grounds during school hours are subject to misdemeanor charges. Minors could be charged with an infraction.

Possession for Sale of Marijuana

Proposition 64 also changed the penalties for selling or transporting marijuana under California Health and Safety Code Section 11360 HSC. Previously, this was a felony level offense that was punishable by up to three years in prison. Under Proposition 64, this offense is now a misdemeanor punishable by a maximum of six months in jail. The defendant can still be charged with a felony if he or she has two or more prior misdemeanor convictions for selling marijuana, if the defendant has a prior conviction for certain violent felonies or sex crimes, if the sale involved a minor under the age of 18 and if the defendant tried to import more than 28.5 grams of marijuana out of state or more than four grams of concentrated cannabis.

Proposition 64 is still very new and courts and prosecutors are determining how to apply it. If you or a loved one have been charged with a marijuana offense or have been previously convicted of one of these crimes, it is crucial that you discuss your situation with a qualified criminal defense lawyer right away. Michael Kraut is a former Deputy District Attorney with over 14 years of prosecutorial experience who works hard to ensure his clients receive the most comprehensive representation possible.