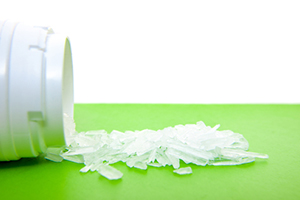 Methamphetamine use has increased significantly in recent years as the crackdown on illegal drugs at the border has led people to turn to drugs that can be manufactured and sold locally. Methamphetamine, commonly referred to as “meth,” is a highly addictive stimulant that is considered a controlled substance. In California, there are numerous drug laws that apply to the possession, sale and production of methamphetamine. Those convicted of meth-related crimes may face lengthy prison sentences.

Under California Health and Safety Code Section 11377 HSC, it is illegal to possess methamphetamine for personal use. This code section also includes controlled substances such as GHB, PCP, ketamine and certain steroids. Drugs such as cocaine, heroin, opiates, and others items are prohibited under California Health and Safety Code Section 11350 HSC. Simple possession of methamphetamine is now a misdemeanor following the passage of Proposition 47 and those convicted can be sentenced to serve up to a year in jail. Courts may consider sentencing alternatives pursuant to Proposition 36 or Penal Code Section 1000 PC that would require the defendant to undergo counseling or successfully complete treatment.

Methamphetamine Possession with Intent to Sell

Even possessing the materials required to manufacture methamphetamine can lead to felony-level charges. Under California Health and Safety Code Section 11383.5 HSC, it is illegal to possess material with the intent to manufacture methamphetamine. Some materials, such as pseudoephedrine, can be found in cold medications and often individuals are arrested after purchasing large quantities of cold medicines from several different pharmacies.

There are various defenses to methamphetamine-related charges that may be applicable. If the meth found as the result of an unlawful search, there may be grounds to have the drug evidence suppressed. Even when there is a search warrant involved, searches that go beyond what is allowed by the warrant or warrants that rely on false affidavits may ultimately result in evidence being thrown out in court.

If you or someone you know has been arrested for a methamphetamine-related charge, it is crucial that you speak with an attorney who is experienced in handling drug cases. As a former Deputy District Attorney with over 14 years of prosecutorial experience, Michael Kraut understands how to effectively defend clients who are charged with possessing, selling or manufacturing methamphetamine and other controlled substances.