Under the Influence of a Controlled Substance Attorney 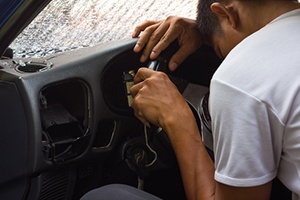 Many people are surprised to learn that not only is it illegal to possess drugs such as cocaine, heroin, methamphetamine and certain prescription medications, it is also a drug crime to be under the influence of a controlled substance. Being under the influence of a controlled substance is a misdemeanor offense under California Health and Safety Code Section 11550 HSC and those convicted can face stiff penalties.

Drugs Use within Five Days of the Arrest

Defenses to Being Under the Influence of a Controlled Substance

There are a number of defenses available to a person who has been charged criminally with being under the influence of a controlled substance. Officers often test the defendant’s blood for the presence of illegal drugs. Even if these drugs are discovered in the defendant’s system, other factors may account for symptoms associated with drug intoxication. In these cases, a defense attorney may be able to show why the symptoms described in the police report were actually caused by something other than drug use.

Courts have held that defendants who are experiencing symptoms associated with drug withdrawal are criminally liable under this law. This means that defendants who stop using heroin or other drugs that often carry severe withdrawal symptoms could not be charged under California Health and Safety Code Section 11550 HSC while their body deals with the absence of the drug.

A defendant also would have a valid legal defense if he or she was drugged without his or her knowledge. This often happens when a person has something slipped into his or her drink. In these cases, the defense can raise an involuntary intoxication defense.

Penalties for Being Under the Influence of a Controlled Substance

A defendant convicted of being under the influence of a controlled substance can be sentenced to serve up to a year in jail and put on probation for up to five years. Courts typically require that the defendant complete drug treatment as a condition of probation. If the defendant has two prior convictions for this offense within seven years and has refused drug treatment, he or she will be required to serve a minimum of six months in jail. Defendants convicted of this offense may be eligible for a drug diversion program that would ultimately prevent a conviction on their record.

If you or a loved one have been charged with being under the influence of drugs, it is critical that you meet with an attorney immediately. As a former Deputy District Attorney with over 14 years of prosecutorial experience, Michael Kraut is highly adept at fighting these types of cases and ensuring that he clients receive the best representation possible.