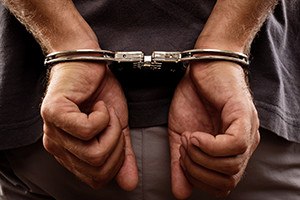 When building cases involving drug crimes, it is not unusual for law enforcement agencies to use undercover decoys or to perform sting operations. In many drug sales cases, it may be important to actually catch a person in the act of selling or offering to sell drugs in order to get sufficient evidence to secure a conviction. Courts have held that sting operations are generally permissible law enforcement exercises as long as they stay within certain legal boundaries. There may be cases where the undercover officer or decoy acts inappropriately or pressures the defendant into committing a crime that he or she would not otherwise commit. In these cases, the defense may be able to raise an entrapment defense and argue that the crime was not committed willfully and voluntarily by the defendant.

What does “Entrapment” Mean in Connection with Drug Offenses?

Entrapment is a term that is thrown around often but has a very specific meaning in the context of California criminal law. Entrapment exists when a normally law abiding individual is induced into committing a criminal act that he or she would not otherwise commit. There is no entrapment defense when the defendant was merely provided an opportunity to commit a crime and then voluntarily engaged in the criminal act. For entrapment, there must be some sort of intense pressuring, harassment, threats or other inappropriate conduct on the part of the undercover officer or decoy.

Examples of What Is and What Is Not Entrapment

If a law enforcement agency sends an undercover decoy to a suspected drug dealer to buy drugs and the decoy merely asks to purchase drugs, pays money, accepts the drugs and leaves, this scenario would likely not be considered entrapment. This is because the decoy merely provided an opportunity for the target of the sting to commit a crime and the target acted on this opportunity.

However, there may be a scenario where the decoy approaches the suspected drug dealer who refuses to sell drugs to the decoy. The decoy or undercover officer may pester the suspected dealer and apply pressure in order to get the dealer to sell drugs. The decoy may claim that he or she may die or suffer serious withdrawal symptoms if no drugs are provided. The decoy may also repeatedly harass the target until he or she relents and agrees to sell drugs. In these examples, the defense may have a valid entrapment defense because the defendant was inappropriately induced into engaging in criminal activity.

Entrapment Only Applies to Law Enforcement or Their Agents

A defendant can only raise an entrapment defense when the alleged act of entrapment is committed by a law enforcement officer or by a person acting as an agent for law enforcement. In many cases, officers will get ordinary citizens to act as decoys in sting or undercover operations. The police may be using a paid informant or someone who had charges reduced or dismissed on their own drug case.

Entrapment does not apply to ordinary citizens who are not acting officially as agents of law enforcement. For example, a person may pressure someone into making a drug sale by using many of the tactics that would be considered entrapment, such as harassment, threats or pressure. If the police observe the drug sale, the seller may be arrested and charged with selling drugs. The defendant would not have an entrapment defense as long as the buyer was not working as an agent of law enforcement.

If you have been arrested for a drug offense and believe you were the victim of entrapment, it is imperative that you consult with an attorney with experience in handling drug cases. Michael Kraut is a former Deputy District Attorney with over 14 years of prosecutorial experience who understands entrapment and knows how to effectively defend clients who were the victims of drug entrapment.