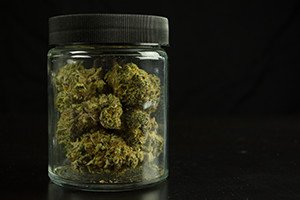 A defendant can be convicted under California Health and Safety Code Section 11357.5 HSC if he or she sold, dispensed, distributed, furnished, administered, gave or offered to sell, dispense, distribute, furnish, administer or give any synthetic cannabinoid compound. The statute lists several chemical compounds that mimic the psychoactive effects of THC and are considered cannabinoid compounds under the law.

Prior to the enactment of California Health and Safety Code Section 11357.5 HSC, these synthetic marijuana products were widely available in head shops and other businesses and were sold openly to people of all ages. However, growing concerns regarding the potential for abuse and the unknown effects of these designer drugs led California to make the sale of these products illegal. The California legislature also enacted California Health and Safety Code Section 11375.5 HSC which makes it a crime to sell synthetic stimulant compounds.

Selling synthetic cannabinoid products is a misdemeanor offense that is punishable by up to six months in the county jail, expensive court fines and other terms and conditions of probation that a judge may choose to impose. While California Health and Safety Code Section 11357.5 HSC does not apply to those who possess synthetic cannabinoid products, possession of these compounds is prohibited under federal law. This federal violation is punishable by up to a year in prison and extensive fines.

There are several defenses that may be available to a defendant who has been charged with selling synthetic cannabinoids in violation of California Health and Safety 11357.5 HSC. Since these products have been outlawed, many law enforcement agencies conduct sting operations that target businesses that previously sold these synthetics while they were still legal. If the undercover officer is overly aggressive in his or her attempt to get the target of the sting to violate the law, the defense may be able to argue a valid entrapment defense.

In addition, this law specifically lists the compounds that are prohibited. If the defendant is selling a synthetic cannabinoid that does not contain one of the listed compounds, he or she would not be guilty of this offense. It may be necessary to have the substances seized retested independently to show that the chemical composition was not specifically covered under the law.

If you have been charged with selling a synthetic cannabinoid or synthetic marijuana product, it is imperative that you meet with top-rated criminal defense attorney right away. Michael Kraut is a former Deputy District Attorney with over 14 years of prosecutorial experience who understands how to effectively defend clients charged with all varieties of drug offenses. Mr. Kraut is highly respected throughout the court system by judges, prosecutors and law enforcement officers.