What Happens When You Refuse a Chemical Test? 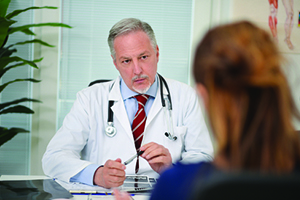 During most driving under the influence investigations and arrests, the driver will be asked if he or she will be will agree to submit to chemical testing. There are certain times that a driver can lawfully refuse a test and others when refusal can lead to automatic driver’s license suspensions and criminal charges. Our Los Angeles DUI lawyers understand what tests can be refused and what the consequences for test refusal can be.

Tests during the DUI Investigation

The officer will also often ask the driver to provide a breath sample on the officer’s preliminary alcohol sensor (“PAS”) device. The PAS functions similarly to the Breathalyzer machine kept in police stations, however it can be affected by temperature, weather and handling and must undergo regular maintenance and calibration. Many drivers do not realize that the PAS test is not mandatory for most drivers. Drivers who are under the age of 21 and those who are already on probation for a DUI offense cannot legally refuse PAS testing when asked by an officer. All other adult drivers can lawfully refuse to take the PAS test.

Once a driver has been arrested on suspicion of DUI, the officer will inform the driver that he or she must undergo chemical testing. The driver will be informed that failing to test will result in a driver’s license suspension. The driver will be given the option of taking either a breath or blood test. If the driver chooses the breath test, the test can be conducted at the police station and the results will be known immediately. If the driver requests a blood test, he or she will be taken to a hospital or laboratory where a blood draw will be conducted. The blood sample would be sent to the laboratory for testing and the results are usually not known for several weeks. If the driver refuses one test, the officer must offer the other test.

Consequences of a Refusal

When a driver who has been lawfully arrested for DUI refuses to take the breath and blood test, the driver can still be prosecuted for a DUI offense. Typically, drivers who refuse testing can be charged with driving under the influence pursuant to California Vehicle Code Section 23152(a) VC as well as a refusal enhancement that can add mandatory jail time to any sentence.

In addition, the driver will face a yearlong driver’s license suspension from the DMV. The driver can challenge the suspension by requesting an administrative per se hearing. This hearing is held by a hearing officer from the DMV who is neither a judge nor attorney. The driver can be represented by counsel at this hearing who can cross-examine the arresting officer regarding the refusal. Ultimately, the hearing officer will determine whether or not to impose the license suspension. If the driver’s license is suspended for a refusal, the driver will be ineligible for a restricted license during the entire suspension period.

If you or a loved one have been arrested for DUI, it is crucial that you meet with an experienced DUI lawyer as soon as possible. Michael Kraut is a former Deputy District Attorney with over 14 years of prosecutorial experience who fights hard on behalf of his clients charged with DUI refusal before the Court and the DMV.