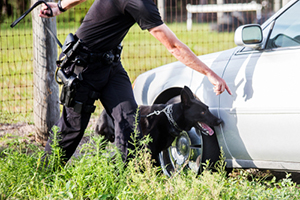 Smell may be the most subjective sense, rivaled only by taste. When it comes to Los Angelescriminal investigations, what an officer saw may be recorded in the form of photographs and videos. What an officer heard can be recorded as part of body-cam footage or as audio-only recordings. Even touch can be preserved in the form of physical evidence. If the handle of a spoon was sharpened for use as a weapon, that spoon can be brought into court to be observed and even touched by a jury. If an officer says that he felt a pipe or a bag of drugs in a suspect’s pockets during a weapons pat-down, that evidence can also be touched and analyzed.

All of these recordings and preservations serve as protections for people accused of a crime. It can help a jury, a judge, or the attorneys to determine whether an officer was exaggerating, whether intentionally or unintentionally. However, the sense of smell cannot be subject to any review or recording. Only the most persistent smells can survive dissipation until trial, and then will almost certainly be in an altered form. However, the sense of smell can be used to justify a vehicle search in Los Angeles, and that decision is difficult to review, as only the police officer’s subjective opinion survives.

A Vehicle may be Searched if it Smells Like Marijuana

Despite all the changes that have occurred in marijuana regulation and enforcement, the odor of marijuana remains a valid basis for a police officer to search a vehicle in California. In general, a search warrant must be obtained before a police officer can perform a search. However, under the broad “Automobile Exception,” a vehicle may be searched without a warrant. Due to the fact that vehicles are mobile, obtaining a warrant while securing the vehicle can be difficult. Further, vehicles are subject to a high degree of regulation in the form of licensing, registration, and enforcement of the California Vehicle Code. This regulation reduces the privacy expectations of drivers.

The mobility and regulation of vehicles has prompted the United States Supreme Court to recognize a warrant exception for vehicles. This means that if a police officer has evidence that would be sufficient to get a search warrant, that officer may simply search the vehicle, without getting the warrant. The evidence that allows a search is called probable cause. Probable cause is facts and evidence that an officer can point to that shows that the vehicle or the occupants have been involved in a crime, or are harboring evidence of a crime. When there is a warrant, a judge reviews the probable cause, decides if it is sufficient, then signs a warrant. With the automobile exception, officers may simply search once they believe probable cause has been found.

Proposition 64 and Probable Cause to Search a Vehicle

Proposition 64, also known as the Adult Use of Marijuana Act, made recreational use of marijuana legal, though the law limits its use largely to private residences. This means that it would be illegal to smoke in a car that is on a public roadway or at a public park, but smoking in a car would be legal in a private garage or on private land. However, an officer does not have to see a person smoking marijuana to search a car. The officer need only smell marijuana. The odor of marijuana as probable cause for a search made sense when marijuana was completely illegal. It even made sense when medical marijuana became legal, because the medical marijuana defense was a defense to prosecution that could be raised in court, but did not protect against the initial searches and investigations done by police officers.

Recreational marijuana is different. For the first time in California, the odor of marijuana could be emanating from marijuana legally possessed and not subject to medical regulation. Many legal observers speculated that this might lead to the end of odor based searches. However, the odor of marijuana remains a valid source of probable cause for an officer to search a car. A mixture or open container laws, DUI laws, and traditional enforcement assumptions led to the survival of the marijuana odor vehicle search The law continues to change, and new developments will inevitably spring up around marijuana and vehicles.

If you or a loved one have been charged with a marijuana offense or have been previously convicted of one of these crimes, it is crucial that you discuss your situation with a qualified criminal defense lawyer right away. Michael Kraut is a former Deputy District Attorney with over 14 years of prosecutorial experience who works hard to ensure his clients receive the most comprehensive representation possible.