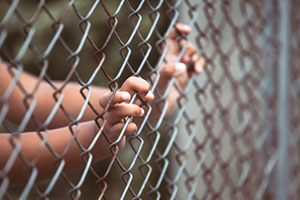 To prove that a defendant committed human trafficking, a prosecutor must be able to establish the following elements:

A person’s personal liberty is deprived when either force, fear, fraud, duress, or threats are used against them and they believe that it is likely that the person making the threat will carry it out. With respect to forced labor or services, this means services that are provided by a person after their freewill is overcome due to force, fraud, or coercion.

A family employs an illegal immigrant from Mexico to provide housekeeping services for them. The family provides living accommodations but does not pay adequate wages or provide breaks. The family tells the housekeeper that if she tries to stop working for them they will report her to immigration authorities. The individual members of this family can be charged with human trafficking because they have deprived the housekeeper of her ability to leave by threatening to report her to immigration.

Because this type of crime often involves some sort of employer – employee relationship there is often a huge motivation to make false accusations. Oftentimes, an employee may be upset at their employer for some unrelated reason and then decides to fabricate these allegations in order to gain a benefit, usually either money or to gain legal status in the United States through a U-visa.

If someone is convicted of human trafficking, they may be sentenced to five, eight, or twelve years in a California state prison, and fined up to five hundred thousand dollars.

Human trafficking is a very serious criminal offense that can cause lifelong consequences for those convicted. As noted above, someone can be charged even where there is little to no physical evidence that a crime took place and there is only an accusation. As a result, if you or someone you know has been accused of human trafficking, it is critical that you meet with an experienced Los Angeles criminal defense attorney right away. Los Angeles Criminal Defense Attorney Michael Kraut is a former Deputy District Attorney with over 14 years of prosecutorial experience who has major cases as both a prosecutor and a defense attorney. In certain circumstances, Mr. Kraut is able to intervene before charges have been filed in order to present a defense to the detective or filing prosecutor and avoid criminal filing altogether.