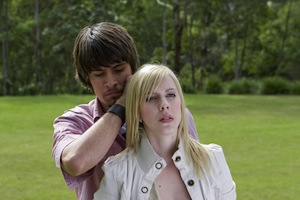 There may be instances where a person restrains or otherwise holds another person against their will but the act does not rise to the level of a kidnapping offense. In these situations, the defendant may be charged with the lesser offense of False Imprisonment under California Penal Code Section 236 PC or California Penal Code Section 237(a) PC. False imprisonment can be either a felony or a misdemeanor, depending on whether the defendant used force or violence to unlawfully restrain another.

The misdemeanor offense of false imprisonment under California Penal Code Section 237(a) PC requires a prosecutor to establish the following elements:

Violence means using physical force that is greater than the force reasonable necessary to restrain someone, while menace means a verbal or physical threat of harm. This threat of harm may be express or implied.

False imprisonment in either case does not require that the person restrained be confined to a jail or prison.

Force is required for a finding of both misdemeanor and felony false imprisonment, while violence is only required for the felony.

False imprisonment is different from kidnapping, as kidnapping requires some movement.

After being fired, a man enters his boss’s office with a gun and slams the door the shut. He threatens to physically harm his boss if the boss tries to leave or have him removed. This man could be prosecuted for false imprisonment as a felony under California Penal Code Section 236 PC because of the threat of violence.

In another example, a man and a woman get into a heated argument. The woman tries to walk away, however the man grabs her arm and prevents her from leaving. This man could not be prosecuted for felony false imprisonment, as he used only used minimal force in restraining the woman. He could, however, be charged with misdemeanor false imprisonment under California Penal Code Section 237(a) PC.

If the victim actually consented to the detention, the defendant would not be criminally liable for false imprisonment. For example, the operator of an S&M dungeon could not be prosecuted for keeping a man in chains for an hour if he had specifically requested (and paid for) this service.

In addition, a parent has a right to "falsely imprison" a child as an act of discipline. Thus, a parent who grounds his or her child cannot be prosecuted by the state.

If you are facing charges for false imprisonment, it is very important that you consult with an experienced Los Angeles Criminal Defense Attorney as soon as possible. False imprisonment is a serious charge that can result in a permanent felony conviction if not handled properly. As a former Deputy District Attorney with over 14 years of prosecutorial experience, Los Angeles Criminal Defense Attorney Michael Kraut was previously assigned to prosecute major felonies such as false imprisonment. As a result, Mr. Kraut is highly experienced at handling cases of this nature and ensuring his clients receive the best defense possible.