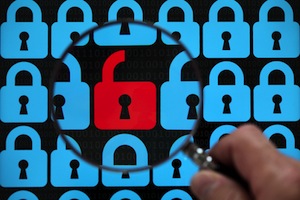 In recent years, there has been a significant increase in the use of computers and the Internet to commit fraud and other criminal offenses. Law enforcement and prosecutorial agencies have responded to the emergence of computer crimes and have dedicated specialized units to detect, investigate and ultimately prosecute these offenders. In some cases, computer offenses or Internet crimes may involve complex white collar schemes requiring a great deal of technological savvy. In other cases, a computer or Internet crime may be as simple as trying to get another person’s identifying information by sending a deceptive or misleading email. The broad category of “computer crimes” can cover a wide variety of unlawful behavior.

The majority of computer law offenses involve using computers or the Internet to commit fraud. Usually, a victim is deceived into giving up something of value, such as credit card information, an account or PIN number or a social security number by someone over the Internet. There are a number of different schemes that exist. In some cases, a person may purport to be selling an item online. A victim will provide a credit card number or account information and their card will be charged, however they will never receive the goods in exchange. There also may be email scams where people are tricked into providing money based on a fraudulent plea for help, promise of employment opportunities or something else of value.

In some cases, the defendant is accused of unlawfully acquiring the victim’s personal identifying information and then using the victim’s information to make unauthorized purchases or transfers of funds. In these cases, the defendant could also be charged with identity theft in violation of California Penal Code Section 530.5 PC, which can be a very serious felony offense. This statute covers the act of “phishing,” which involves using deceptive emails or websites to fraudulently obtain identifying information from unsuspecting victims. In California, identity theft is considered a “wobbler” offense that can be charged as either a felony or a misdemeanor. Prosecutors will consider factors such as the number of victims, the amount involved and the defendant’s criminal record when deciding what level of charges to file. If charged with a felony, the defendant could be sentenced to serve up to three years in prison.

In many cases, people accused of committing computer crimes are also charged with credit card fraud in violation of California Penal Code Section 484(e) PC due to the fact that online fraud often involves the misappropriation and unauthorized use of people’s private credit card information. Credit card fraud is also a “wobbler” offense that can be either a felony or a misdemeanor, depending on the underlying facts of the case and the defendant’s record.

Another common computer crime in Los Angeles is unauthorized computer access and fraud in violation of California Penal Code Section 502 PC. This crime involves knowingly accessing someone else’s computer system in order to commit a variety of criminal acts. This offense is also commonly referred to as “hacking” and can be very harmful to individuals and companies that are targeted. Unauthorized access is also a “wobbler” that can result in either felony or misdemeanor charges.

Because the Internet and e-commerce necessarily cross state lines, many of the computer crimes described can be investigated by the FBI and charged by the United States Attorney as Federal crimes. This would include credit card fraud offenses that occur online, extensive identity theft schemes and hacking cases. It is typically the case that the penalties imposed for violations of these Federal offenses are significantly more severe than what is imposed on the state level. Those convicted in Federal Court for computer crimes can potentially face many years in Federal prison.

If you or a loved one is under investigation or have been charged with a computer crime, it is critical that you consult with a Los Angeles Criminal Defense Lawyer as soon as possible. As a former Deputy District Attorney with over 14 years of prosecutorial experience, Los Angeles Criminal Defense Attorney Michael Kraut understands how best to defend clients charged with white collar offenses like this. Mr. Kraut was previously assigned to the elite Major Fraud division of the District Attorney’s Office and is highly experienced in this complicated area of the law.