Probable Cause and Reasonable Suspicion 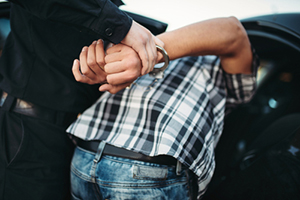 There is a popular belief that anytime a police officer in Los Angeles gives a command or makes a request, a person must immediately comply. Such a belief overlooks the protections that American citizens enjoy. Protections which guard them against government intrusion into their private decision making. Police officers do have broad leeway to issue directives to the public. A police officer may stop traffic and reroute roads if there is an accident or debris in the road. A police officer may reroute people away from a dangerous situation, even ordering people out of their own homes in cases of fire, floods, and earthquakes.

Each of these examples deals with public safety and emergencies. A person could be accused of delaying a police investigation if that person goes against an officer order without having all the facts about an emergency. However, if an officer is investigating an individual, that individual has every right to question what information is being used to justify a detention or a search.

Cop shows like to include policetalking about a hunch they had that led to an arrest. “Gut feeling,” “something seemed off,” or “I just sensed something,” are all common phrases associated with police investigations. But a police officer may not detain someone based on a hunch or a guess, no matter how experienced that officer is. It counts as a detention any time a person is not free to walk away from the police officer. To require a person, or a vehicle, to stop at the command of an officer, that officer must have reasonable suspicion that a crime has occurred.

Reasonable suspicion means that the officer can explain why a crime has likely occurred, and point to reasons for that conclusion. For a detention to be valid, those reasons must be convincing to another person looking at the facts and conclusions at a later time. That person is often a judge reviewing a detention at a suppression hearing. The people reviewing the reasonable suspicion may also be a prosecutor and a defense attorney as they discuss the strengths and weaknesses of a case during negotiations. A knowledgeable defense attorney who has won many suppression motions will be able to negotiate better deals than an attorney without a proven expertise in detention issues.

Reasonable suspicion allows an officer to stop a vehicle, and to stop a person walking down the street. If the officer can point to specific facts that imply a person has a weapon, the officer may pat down the person for weapons, or search through the passenger compartment of a vehicle where a weapon might be hidden. Reasonable suspicion does not allow an officer to search an entire car or a person. For a full search, or an arrest, probable cause is required.

Probable Cause is a standard that is required for warrants, and is listed in the Fourth Amendment of the United States Constitution. It has also become standard to arrest a person without a warrant in most cases. If an officer has probable cause to believe that a person has committed a felony, the officer may arrest. Though for most misdemeanor arrests, the officer must have witnessed the crime occur before an arrest can be made. A search of a house requires not only probable cause, but for a judge to review the probable cause, and to sign a warrant. Due to reduced expectations of privacy and mobility, an officer may search a pedestrian or a vehicle with probable cause alone, without the judicial review and signed warrant.