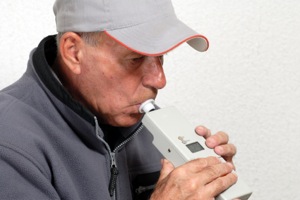 The DUI process in Burbank begins with the arrest of a driver suspected of driving under the influence. The DUI process includes the filing of a criminal case in court and an administrative hearing aimed at taking away a driver’s driving privilege. Retaining a skilled Burbank DUI law firm early on is critical, given the complexity of the process, which can be both intimidating and stressful. 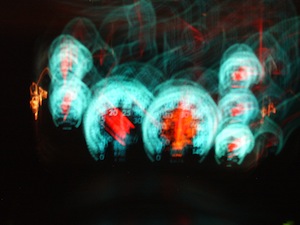 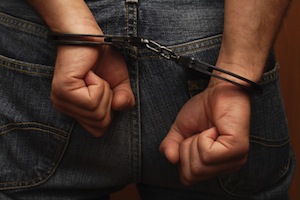 Not only is it illegal to drive with a BAC over 0.08 percent but many drivers in Burbank do not realize that it is also against the law to refuse to submit to chemical testing at the request of law enforcement. The punishment for DUI refusals are harsh and the penalty in most cases for a refusal is losing the privilege to drive for a year at minimum. Anyone charged with a refusal should contact an experienced Burbank DUI attorney in order to challenge these allegations both in court and at the DMV hearing. 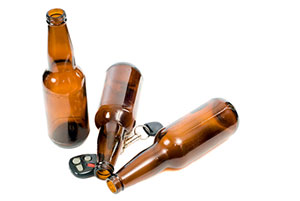 Penalties for a conviction can be extensive, often including: suspension of a driver’s license, jail time, community service, a period of probation, mandatory alcohol classes, instillation of an Ignition Interlock Device, fines, fees and other orders that the court may impose. The severity of the penalties is often correlated to the severity of the case itself. Some of the factors that can lead to more serious penalties include: high BAC, a collision as a result of the DUI, and prior DUI convictions. 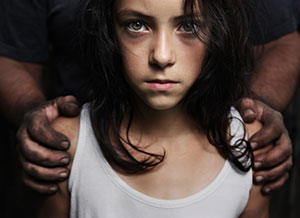 Someone who is convicted of DUI with injuries can be sentenced to custody time in jail or prison and will be ordered to pay the victim for any damage caused. A Burbank DUI that results in an injury to a victim is a serious offense to judges, prosecutors and law enforcement which in many cases is charged as a felony. Anyone who is convicted of DUI with injuries faces a driver’s license suspension for a minimum of one year as well as other mandatory sentences required by law. 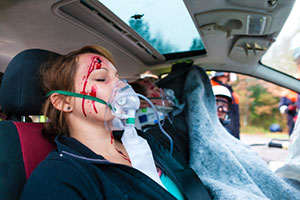 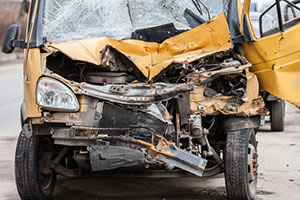 A Watson Murder as it is called refers to a DUI collision that results in the death of someone. If the defendant has been informed on a previous occasion about the dangers to human life that driving under the influence presents the prosecution can charge the defendant with murder on a subsequent DUI related crash that results in someone’s death. Should a defendant be convicted of a Watson Murder they can be sentenced to serve fifteen years to life in prison.

Burbank Out of State DUI 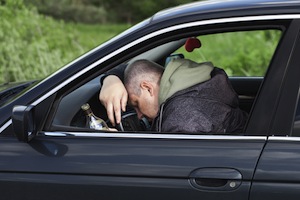 Many people arrested for driving under the influence are out of state residents visiting the Burbank area. A conviction can often results in losing one’s driving privileges in a home state. Retaining a highly experienced Burbank DUI attorney in most cases allows the out of state resident to return to their home state without having to appear in court. 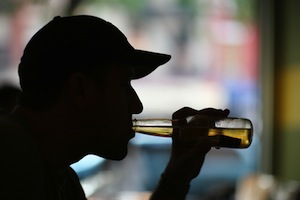 In Burbank, like every other city in California, it is against the law to drive a motor vehicle with a blood alcohol concentration (BAC) above 0.08 percent. The way that law enforcement tests for someone’s BAC is through blood testing or breath testing. In addition to possible jail time and other penalties that someone faces in court for a BAC over 0.08 percent it is also very likely that they might face a suspension of their license by the DMV.

Operating a vehicle while under the influence of drugs can lead to a DUI conviction in the city of Burbank. Drugs that are often involved in DUI offenses typically include illicit street drugs like marijuana, cocaine, heroin and can even include prescription drugs such as pain killers and sleep aids. If stopped on suspicion of driving under the influence with drugs, Burbank drivers will have to provide a blood sample because there are currently no other tests used for drug detection. 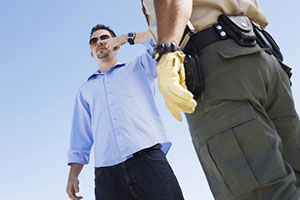 During a DUI investigation police will ask drivers to perform various tests to determine if the driver is intoxicated or not. These tests that law enforcement often ask drivers to perform are entirely voluntary and many outside forces can play a factor aside from someone’s level of intoxication. These outside forces such as weather, landscape, medical conditions, or even fatigue may play a factor in how well these tests are performed. All these factors can negatively affect an officer’s determination of how well they think the tests were performed. 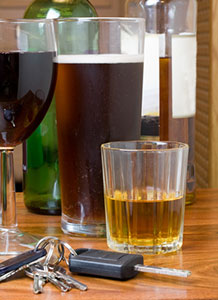 Some of the symptoms associated with intoxication includes watery eyes, poor balance, odor of alcohol on one’s breath, and slurred speech. In addition, to these observed symptoms law enforcement will also consider the manner in which the driver was driving and the amount of vehicle code violations that an individual made while driving. Oftentimes, symptoms of alcohol intoxication are also associated with other conditions that do not involve alcohol. An experienced Burbank DUI attorney can assert various legal defenses to challenge the observations of police.

A driver in Burbank who is under investigation for driving under the influence may be instructed to provide a breath sample on an officer’s handheld breath device. If an investigation results in the driver being arrested for DUI, drivers then have the opportunity to provide an official breath sample at the police station on the Breathalyzer machine. Breathalyzers provide critical evidence to show that a driver was driving with a BAC over the legal limit. 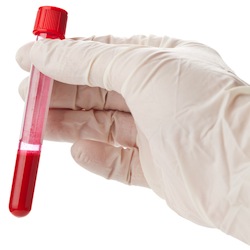 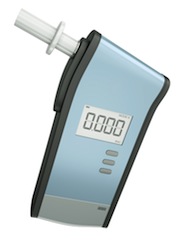 Burbank DUI Charges - Under the Age of 21 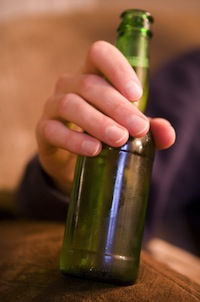 California maintains a “zero tolerance” policy for those who are under the age of twenty-one. In Burbank, should a driver under the age of 21 drive with any amount of alcohol in their system they may face at a minimum a one-year suspension of their license in addition to criminal prosecution in court. Under age DUI offenses are treated very harshly and if convicted one can face jail time, probation, and any other orders the court makes. 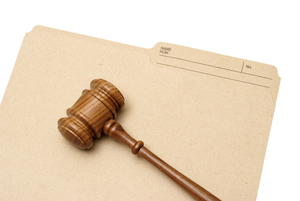 Once a driver in Burbank is arrested for driving under the influence, the DMV is immediately contacted and a suspension is issued that begins 30 days after the arrest. In order to challenge these charges and avoid an automatic suspension, a driver must schedule a DMV hearing within 10 days of being arrested. The DMV hearings are a separate process from the criminal court case which is done by a hearing officer from the DMV. It is allowed and highly recommended to be represented by a law firm at these DMV hearings which operate on a different set of policies and procedures than any other type of hearing. Contacting an experienced Burbank DUI attorney is highly recommended when facing a DMV hearing. 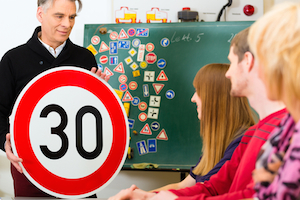 A mandatory requirement of being convicted for a DUI in Burbank is alcohol education classes. These classes are not only required by the courts as a term of probation but also by the DMV in order to have driving privileges restored. Those who have more than one previous DUI conviction may be required to take alcohol education classes that can last up to thirty months. Should someone not complete alcohol classes they may be in violation of probation and can be taken in custody.

Burbank DUI with a Child in the Vehicle 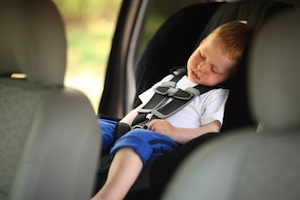 Transporting a minor in the car who is under the age of 14 while intoxicated may result in added jail time if convicted for a DUI. In addition to being an enhancement of the underlying DUI, charges of child endangerment can also be filed which can also lead to a separate investigation by the Child Welfare Department.

In addition to being accused of a driving under the influence, other, circumstances can lead to penalty enhancements should someone be convicted. Some of these enhancements include transporting a minor under the age of 14 years old, driving at excessive speeds, and prior convictions for DUI within last 10 years. The penalties that one can face may be added jail time, extended alcohol education classes, and a prolonged license suspension. Should a driver have multiple DUI convictions within the past 10 years they can be charged with a felony on a new DUI and sentenced to prison. 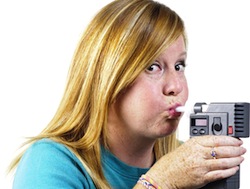 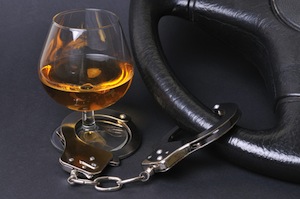 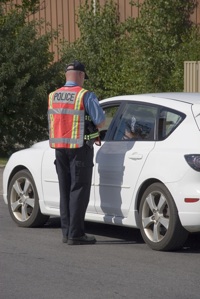 After being accused of refusing to provide a chemical test, Burbank drivers should be aware that there are a number of valid defenses that are available to combat these accusations. Many times, the instructions that law enforcement gives are unclear or they fail to read the refusal admonishment correctly.

In Burbank, after a defendant is placed on probation for DUI they must complete certain terms of probation in addition to not having any new contact with law enforcement. If a defendant misses court, a deadline, does not enroll in alcohol classes, fails to do community service, or is accused of a new crime they may be found in violation of probation. In most cases a warrant may be issued for arrest so that the court can hold a hearing on the probation violation.

In Burbank, there are a number of situations in which prosecutors may be willing to consider reducing a defendant’s DUI charges. These reductions are usually a result of evidentiary problems with the prosecution’s case or factors in mitigation that would justify a reduction in charges. Having the representation of experienced Burbank DUI lawyers can make all the difference in having DUI charges reduced.