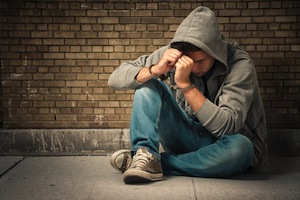 Criminal charges involving juveniles in Glendale can inflict inordinate amounts of emotional stress on entire families. The consequences of an adjudication in juvenile court can be extensive, and may include the loss or delay of driver’s license for the minor, the minor may be effectively prevented from finding employment, the minor may no longer qualify for financial aid and may have existing financial aid revoked, and the minor’s family can even lose their eligibility for public housing. In Glendale, the juvenile courts are charged with presiding over matters in which the defendant is a minor between the ages of 10 and 17.

The following crimes are just some of the more common juvenile offenses that may be charged in Glendale:

The District Attorney’s Office can only charge a juvenile as an adult when the underlying criminal offense is a felony. In practice, charging a minor as an adult is reserved for the most serious felony matters or for juvenile defendants who have extensive criminal histories. If a minor is charged as an adult and then convicted, he or she would serve a prison sentence at a California Youth Authority (“CYA”) facility until the age of majority is reached. At this point, he or she would be transferred to adult prison to serve out the remainder of their term.

In determining whether or not to prosecute a juvenile as an adult, a prosecutor will take many factors in consideration, including:

An effective Glendale criminal defense attorney can fight juvenile charges in many ways. There are many cases where the juvenile who has been accused of a crime simply made a minor error in judgment that led to him or her being arrested and charged. Often the juvenile was simply in the wrong place or was part of a large group in which another individual committed the offense and now the juvenile has been falsely accused of a crime. In many cases, a skilled Glendale criminal defense lawyer can intervene and present a defense to law enforcement or prosecutors before charges have been filed in order to prevent the case from ever going to court.

One unique aspect of juvenile cases is that the charges may be dismissed at any stage of the proceedings by a law enforcement officer, juvenile intake officer, deputy district attorney or judge presiding over the case. There are may be suitable sentencing alternatives that an effective Glendale defense attorney can present to the court or to prosecutors as a legitimate option to a juvenile adjudication.

If a family member has been cited for a juvenile offense in Glendale, it is crucial that you consult with a knowledgeable Glendale Criminal Defense Attorney immediately. As a former Deputy District Attorney with over 14 years of prosecutorial experience, Glendale Criminal Defense Lawyer Michael Kraut previously prosecuted juvenile matters and thus understands how juvenile court operates and the best way to succeed there. Mr. Kraut appreciates the stress and strain that juvenile charges place on families and works tirelessly to make sure his juvenile clients obtain the best defense possible.

For more information about Glendale juvenile offenses, and to schedule your free consultation, contact Glendale Criminal Defense Attorney Michael Kraut at the Kraut Law Group located at 121 W Lexington Dr, Glendale, CA 91203. Mr. Kraut can be reached 24/7 at 888-334-6344 or 818-507-9123.