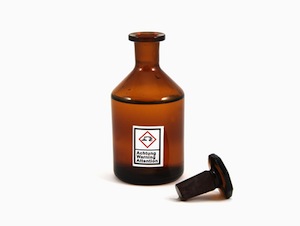 Attacks involving caustic chemicals can be especially egregious, as these substances can cause disfigurement, serious burns and other permanent damage. The California legislature has recognized this, and under California Penal Code Section 244 PC, assault with caustic chemicals is a serious felony offense that can lead to long prison sentences for those who are convicted.

To prove that a defendant committed assault with caustic chemicals, the following elements must be proven beyond a reasonable doubt:

A flammable substance means gasoline, petroleum products, or flammable liquids with a flashpoint of 150 degrees Fahrenheit or less.

A man is extremely bitter after being dumped by his girlfriend and wants to get back at her. The man fills a container with caustic chemicals and finds his ex-girlfriend in the street. The man yells “If I can’t have you, I will make sure no one will ever want you” and throws the contents of the container at his ex-girlfriend’s face. The chemicals cause serious scarring and damage to the woman’s face. The man could be charged with assault with caustic chemicals in violation of California Penal Code Section 244 PC.

In another example, a man works closely with caustic chemicals at his factory job. The man is very concerned for his safety because he believes the chemicals are not stored in a safe manner. He tells his boss who ignores his complaints. One day the man is working around the chemicals when one of the containers falls on him, splashing him with caustic chemicals and causing serious injuries. The man’s boss could not be prosecuted for assault with caustic chemicals, as his actions were negligent and not willful and malicious as required by the statute. However, the company may be civilly liable for any and all injuries caused to the man.

4. Defenses to Assault with Caustic Chemicals

There may be circumstances where a person attacks someone else with caustic chemicals in order to prevent immediate bodily harm to himself or to another person. In these situations, the person would have a viable self-defense/defense of others claim if prosecuted for this offense.

Additionally, this crime requires that the defendant had a malicious or willful intent when he or she committed the offense. Thus, where a person harms another with caustic chemicals as the result of a negligent action or other unintentional conduct, he or she may be able to raise a strong accident defense. As discussed above, someone in this situation could still be civilly liable for the injuries or damage caused to another.

If you or a loved one have been arrested or charged with assault with caustic chemicals, it absolutely critical that you consult with a knowledgeable and experienced Los Angeles Criminal Defense Lawyer as soon as possible. As a former Deputy District Attorney with over 14 years of prosecutorial experience, Los Angeles Criminal Defense Attorney Michael Kraut is a top-notch criminal litigator who knows how to effectively fight charges of this nature. The consequences for those convicted of this offense are incredibly steep, and Mr. Kraut works hard at all stages of the criminal process to make sure his client’s rights are absolutely protected.