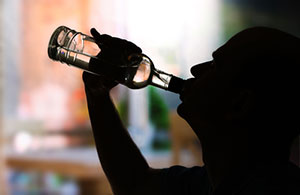 Glendale is home to numerous bars, restaurants and nightclubs that attract visitors from all over. Whenever alcohol is consumed in excessive amounts, one can expect local law enforcement to be highly vigilant for any criminal activity associated with intoxication. The Glendale Police Department and other agencies operating within the area often respond to calls and arrest and/or cite individuals for incidents related to excessive alcohol consumption, including drunk in public violations under California Penal Code Section 647(f) PC.

Someone commits a drunk in public offense anytime that their intoxication is at such a level that they cannot care for themselves or look out for the safety of others. A person can also violate this statute when he or she blocks a public byway or interferes with the public’s ability to move freely.

This is often considered a “catch-all” charge and it is often the case that police arrest a person for drunk in public when that person is being uncooperative with the officer. Another common situation in which drunk in public charges apply in Glendale occurs when a person is passed out or is otherwise extremely intoxicated while in a parked car. Prosecutors may not be able to prove a charge of driving under the influence under either California Vehicle Code Section 23152(a) VC or California Vehicle Code Section 23152(b) VC, however the individual may still be charged criminally with drunk in public because the car was parked in a public place.

In order to convict a defendant who has been charged with drunk in public pursuant to California Penal Code Section 647(f) PC, a Deputy District Attorney from the Glendale Branch Office of the Los Angeles County District Attorney’s Office would have to prove that:

To be convicted of a Glendale drunk in public offense, the prosecution must show willful intoxication. This means that even though the defendant may not have intended to get as drunk as he or she did, the intoxication must have occurred as a result of voluntary alcohol or drug consumption and not from being unknowingly drugged.

Courts have found that a variety of different locales can be considered “public places” under the law, including vehicles that are parked on roads or in public areas, common areas in and around apartment buildings and the front porch area of a person’s private home. Courts have denied expanding the definition of “public places” to include hotel rooms, backyards and private residences.

The prosecution must prove something more than the defendant was simply drunk while in public in order to get a conviction. The defendant must also have been so drunk that he or she was a threat to the safety of others or could not take care of him or herself. This may occur where a defendant is aggressively picking fights with strangers in the street. Charges are also appropriate where a defendant interferes with the public’s ability to move freely, such as when someone passes out on a sidewalk and effectively blocks it.

As a misdemeanor level offense, those convicted of drunk in public in Glendale can be sentenced to serve up to six months in jail, court fines, mandatory AA attendance as well as other programming designed to address potential addiction concerns. If the defendant is convicted of three or more drunk in public offenses within a twelve month period, by law he or she must be sent to jail for a minimum of 90 days. This jail sentence can be suspended if the defendant checks into a 60 day treatment center.

For more information about Glendale drunk in public offenses, and to schedule your free consultation, contact Glendale Criminal Defense Attorney Michael Kraut at the Kraut Law Group located at 121 W Lexington Dr, Glendale, CA 91203. Mr. Kraut can be reached 24/7 at 818-507-9123.