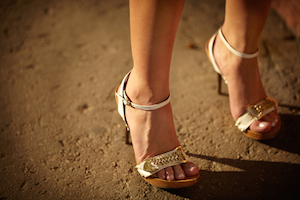 The law defines a Beverly Hills prostitution offense pursuant to California Penal Code Section 647(b) PC as the act of exchanging sexual acts or favors for money or other consideration; or soliciting another person to engage in such a transaction.

To be convicted of committing prostitution in Beverly Hills, the prosecution would have to establish that:

One can also be convicted under California Penal Code Section 647(b) PC for soliciting a prostitute. To prove that a defendant is criminally liable, a prosecutor would have to prove the following elements:

The touching of another person’s genitals, buttocks or female breast with the purpose of achieving sexual arousal or gratification for either party is what is considered to be a “lewd act” under the prostitution statute.

In Beverly Hills and West Hollywood, officers and deputies from the Beverly Hills Police Department and the Los Angeles County Sheriff’s Department will set up sting operations intended to ensnare those who engage in prostitution as well as those looking to hire prostitutes. Undercover officers will pose as prostitutes and arrest any individuals who attempt to solicit sex or lewd acts from the officer.

Law enforcement agencies will also post ads on popular adult services websites posing as prostitutes and will respond to ads posted by prostitutes. These online sting operations typically result in several arrests of people looking to engage in or solicit prostitution.

A person who has been charged with a prostitution offense stemming from a law enforcement sting operation may have a valid entrapment claim if the undercover unit was too forceful in pressuring a suspect into committing an illegal act. If the defendant can show that the undercover officer crossed the line in inducing him or her to commit a crime, the case may ultimately be dismissed.

A charge under California Penal Code Section 647(b) PC is a misdemeanor. Prosecution of Beverly Hills prostitution offenses would be handled by a Deputy District Attorney from Los Angeles County District Attorney’s Office. The case would be heard by a judge at the Airport Courthouse, located at 11701 South La Cienega Boulevard, Los Angeles, CA 90045. Someone convicted of prostitution can be sentenced to up to six months in jail. A judge can also require an AIDS test in addition to counseling or education and steep fines.

If you have been arrested for a prostitution offense in Beverly Hills, it is very important that you consult with a Beverly Hills Criminal Defense Attorney right away. As a former Deputy District Attorney with over 14 years of prosecutorial experience, Beverly Hills Criminal Defense Lawyer Michael Kraut knows how to effectively defend clients charged with prostitution offenses. Mr. Kraut understands the embarrassing nature of charges like this and can appear in court on behalf of his clients so they do not have to.