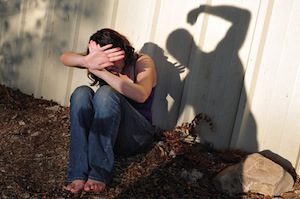 Assault and Battery-related offenses in Beverly Hills consist of several Violent Crimes that can have serious consequences for those convicted. Similar to Beverly Hills Domestic Violence cases, assault and battery charges can cover a wide range of criminal behavior.

Assault and battery are often referred to together in the same breath, but in fact they are two separate criminal offenses. Under California Penal Code Section 242 PC, the crime of battery is defined as any unwanted and nonconsensual physical contact. Assault under California Penal Code Section 240 PC makes it illegal to put another in fear of immediate physical contact. The two offenses are connected to each other, as an assault can be viewed as an "incomplete battery," while a battery may be considered a "completed assault."

Beverly Hills assault & battery offenses may include the following the crimes:

Most of the assault and battery charges in Beverly Hills are "wobbler" offenses that a prosecutor can charge as a felony or a misdemeanor. In deciding how to charge a case, prosecutors will consider the extent of injuries, the factual circumstances surrounding the case and the criminal record of the defendant.

The penalties for assault and battery offenses occurring in Beverly Hills can be harsh. A judge can impose a sentence that includes custody time in jail or prison, expensive court fines, victim restitution, onerous probation or parole restrictions, drug or alcohol treatment, anger management, protective orders and revocation of gun ownership rights. In addition, a defendant could end up with a permanent conviction on their record that would appear on any background check performed by future and current employers or landlords. Many of these assault and battery-related offenses are "strikes" pursuant to California's Three Strikes Law that would increase penalties on future convictions.

There are several defenses that a Beverly Hills Criminal Defense Attorney may raise successfully to fight allegations of assault and battery. If the battery was committed in an act of self defense and if this can be proved, the defendant would not be criminally liable for assault or battery. In many domestic violence incidents, there may be situations where one or both parties have made false accusations against their partners out of anger. In these situations, an effective criminal defense attorney can expose the truth in order to clear his client’s name. There are also situations in which a person may have unwittingly committed an assault or battery-related offense because they had been drugged or because of an involuntary action, like a seizure. In these cases, a strong case could be made under the involuntary intoxication / unconsciousness defense.

If you or a loved have been arrested for or charged with an assault and battery offense in Beverly Hills, it is very important that you consult with an experienced and established Beverly Hills Criminal Defense Attorney right away. As a former Deputy District Attorney with over 14 years of prosecutorial experience, Beverly Hills Criminal Defense Attorney Michael Kraut has handled offenses of this nature from both the defense and prosecutor's prospective. From his experience as a prosecutor handling violent crimes, Mr. Kraut knows how best to defend cases of this nature. Mr. Kraut is well-known as a highly-skilled trial attorney who possesses an extensive knowledge of the criminal law. He works hard to ensure his clients get the best result possible.