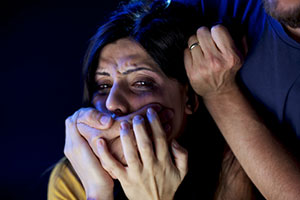 Beverly Hills Domestic Violence crimes are those criminal offenses that arise out of domestic disputes. The following offenses are some of the Beverly Hills domestic violence-related charges that can be filed by prosecutors:

The way that courts and legislators treat domestic violence offenses has shifted over the years due to the work of many interest groups. Law enforcement in Beverly Hills will not hesitate to intervene in any instance in which Domestic Violence is even suspected. Police must make an arrest any time they are called to a reported domestic violence incident. As a result, minor incidents involving arguments or slight physical contact can result in someone being arrested, booked into jail and charged with a criminal offense.

Many victim's rights groups have convinced legislators and politicians that all incidents of domestic violence are brutal events that ultimately lead to domestic murder. In reality, Beverly Hills Domestic Violence incidents are more complicated. Domestic incidents are often isolated incidents between couples in which a normal dispute has been aggravated by factors such as alcohol and high tempers. Many of these incidents would have likely resolved themselves, however once police have been called the incident is often out of the couple's control. With emotions still running high, angry and bitter individuals may exaggerate or lie to the police so that their partner gets in trouble. In these cases, the accuser will often regret what they have told police once emotions have calmed. In addition, responding police may exaggerate the extent of injuries observed or what was told to them.

Many of the Beverly Hills Domestic Violence charges listed above originate from incidents of mutual combat. While this may be the case, when police are called and respond to the scene of an incident, it is typically the case that one of the two parties will be arrested, taken to jail and charged criminally. After emotions and tempers have calmed, the accuser often regrets whatever they told the police that subsequently got their partner in trouble. Unfortunately, once criminal charges have been filed, a “victim” cannot simply drop the charges, and prosecutors proceed on domestic violence cases even where the victim does not want to go forward.

Many of the Beverly Hills Domestic Violence crimes listed above are “wobblers.” This means that a prosecutor can charge the offense as either a felony or a misdemeanor.

Felony charges are typically filed when there are serious injuries or when the person is arrested by the police for a felony. When injuries are significant, a conviction for a Beverly Hills Domestic Violence offense can count as a strike under California’s Three Strikes law, and this conviction can be used to enhance punishments in future cases.

Beverly Hills Domestic Violence felonies can include custody confinement in jail or prison, restitution, fines, and mandatory domestic violence counseling. In some cases, the Court may issue a restraining order preventing any contact with the victim, including third party contact and electronic messages.

As a former Deputy District Attorney with over 14 years of prosecutorial experience, Mr. Kraut is highly regarded throughout the court system as a knowledgeable and experienced litigator who provides his clients the best defense possible.