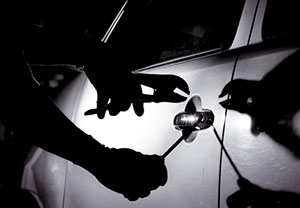 Pasadena Theft Crimes cover a broad spectrum of charges, all of which involve the taking of another’s property without permission. Such offenses can either be felonies or misdemeanors, depending on the particular circumstances of the case. This article covers the basic theft crimes that can be charged in Pasadena. Other theft-related offenses, such as Worker’s Compensation Fraud, Health Care Fraud, Insurance Fraud and Credit Card Fraud are discussed in greater detail in their own articles.

Pasadena Petty Theft, under California Penal Code Section 484(a) and Penal Code 488 PC, involves the unlawful taking of property or money less than $950 in value. The vast majority of shoplifting charges are petty theft violations pursuant to CPC 484(a). Petty theft is a misdemeanor that is punishable by up to six months in jail, costly court fines, restitution to the victim (and sometimes the arresting agency), probation, community service and/or labor, and mandatory counseling. In addition, having a theft conviction may have consequences on professional licensing and employment.

A prior petty theft conviction may be used to enhance any subsequent petty theft charge to a felony under California Penal Code Section 666.

Pasadena Grand Theft is a felony theft crime pursuant to California Penal Code Section 487(a) in which the value of the property or money stolen exceeds $950. As a felony, any sentence may include prison time, probation or parole, high court fines, restitution and counseling.

Whether the offense is a grand or petty theft, there are numerous defenses to allegations of Pasadena Theft Crimes. Pasadena Theft Crimes require an intent to steal, so people who inadvertently walk out of a store without paying for an item are not criminally liable under the statute. Additionally, if a person had permission to take the property, this also could also negate a charge of theft.

Due to the harsh penalties that can be assessed for Pasadena Theft Crimes, it is important that you have a knowledgeable and experienced Pasadena Theft Crimes Defense attorney working on your case you as soon as possible. Pasadena Theft Crimes Defense Attorney Michael Kraut is highly skilled at handling theft charges and has successfully been able to have cases dismissed or significantly reduced. Mr. Kraut has had success in intervening before charges have been filed to avoid criminal prosecution altogether. As is former deputy district attorney with over 14 years of prosecutorial experience, Mr. Kraut is highly regarded by prosecutors and law enforcement alike.