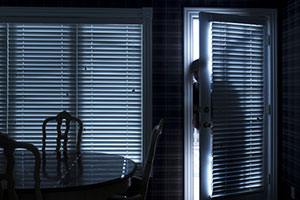 Glendale Theft Crimes involve the taking of another’s property or money without their permission. These theft crimes can be infractions, misdemeanors or felonies, depending on the particular circumstances and magnitude of the theft. While this article addresses the basic Glendale theft crimes, specific theft crimes such as Worker’s Compensation Fraud, Health Care Fraud, Insurance Fraud and Credit Card Fraud are addressed in their own articles.

Additional Glendale Theft Crimes may also include the following offenses:

Petty theft in Glendale, pursuant to California Penal Code Section 484(a), Glendale Petty Theft is the theft of property or money less than $950 in value. Most shoplifting charges are petty theft violations under CPC 484(a). Petty theft is a misdemeanor punishable by up to six months in a jail facility, expensive court fines and assessments, restitution to the victim and the arresting agency, a probationary period, community service and/or labor, and participation in a mandatory theft counseling program. A theft conviction can have serious consequences on professional licensure and can scare off potential employers.

A Glendale petty theft conviction can also be used as enhancement for any future petty theft charges, which would allow the prosecutor to file felony charges under California Penal Code Section 666 PC.

There are several defenses that may apply to allegations of Glendale Theft crimes. Glendale Theft Crimes require the prosecutor to show that the defendant intended to steal the property or money in question, so those who mistakenly leave a store without paying for an item would not be criminally liable for Petty or Grand Theft. Also, if someone had permission to take the property in question, a critical element of any Theft offense is missing and any subsequent charges would be invalid.

Because of the severe consequences and sentences Glendale Theft Crimes carry, it is crucial that you have a skilled Theft Crimes Defense attorney representing you as soon as possible if you have been accused of Theft. Glendale Theft Crimes Defense Attorney Michael Kraut has extensive experience in defending theft cases and has had great success in having charges dismissed or significantly reduced. In many cases, Mr. Kraut has been able to intervene pre-filing to have charges reduced or even rejected. Mr. Kraut is a former deputy district attorney with over 14 years of prosecutorial experience and is highly respected by prosecutors and law enforcement professionals.