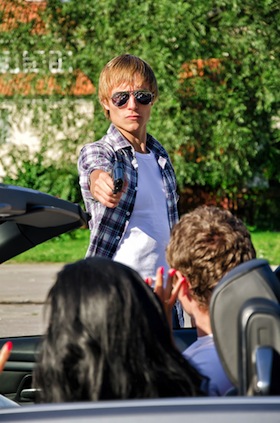 In order to prove that a defendant attempted a crime, a prosecutor must be able to establish the following elements:

A “direct step” under the law requires more than merely planning or preparing to commit the offense or obtaining or arranging for something needed to commit the crime. A direct step is a step that goes beyond planning or preparation and shows that a person is putting his or her plan into action. A direct step indicates a definite and unambiguous intent to commit the crime. It is a direct movement towards committing the crime after preparations have been made. It is an immediate step that puts the plan in motion so that the plan would have been completed if some circumstance outside the plan had not interrupted the attempt.

If a person freely and voluntarily abandons his or her plans before taking a direct step, he or she would not be guilty of the attempted crime.

Attempt would not apply if the underlying offense is assault pursuant to California Penal Code Section 240 PC. There can be no attempt to commit assault, because an assault is by definition an attempted battery.

Related offenses include the following:

A man walks up to a couple on a deserted street, points a gun at them and demands that they give him their wallets and jewelry. Instead of complying, the couple flees and the man is subsequently caught by police. The man could be charged with attempting to commit robbery under California Penal Code 211 PC because he took a direct step in the commission of his crime, which was ultimately unsuccessful.

In another example, a man is distraught after his girlfriend leaves him for another man and wants to physically harm both of them. The man purchases a baseball bat in order to carry out the attack and carefully studies that path that the couple takes each night on their evening walk. However, the man ultimately decides not to carry out his planned attack. This man could not be prosecuted for attempted assault with a deadly weapon pursuant to California Penal Code Section 245(a)(1) PC because he did not take a direct step in furtherance of the crime. His acts of buying the weapon and plotting the route were merely preparatory, which is not enough to invoke criminal liability for an attempted crime.

If the defendant did not perform an act in furtherance of the underlying crime, he or she could not be prosecuted for attempting that crime. Merely thinking about, planning or preparing to commit a crime is not illegal. It is only when the defendant completes a direct step in furtherance of the crime that he or she could be prosecuted for attempt.

Generally, the punishment for an attempted crime is one half of the prison or jail term and/or one half of the fine that would be imposed if the crime had been completed. If the underlying crime is intentional murder, the defendant could be sentenced to life in prison with the possibility of parole on an attempted offense. For any other crimes where the maximum sentence is life in prison, the defendant can be sentenced to up to nine years in prison for attempting that offense.

If you have been charged with attempting to commit a crime, it is very important that you speak with a Los Angeles Criminal Defense Lawyer immediately. Los Angeles Criminal Defense Attorney Michael Kraut is a former Deputy District Attorney with over 14 years of prosecutorial experience. Mr. Kraut is highly regarded throughout the court system for his extensive knowledge of the law and his unmatched litigation skills.