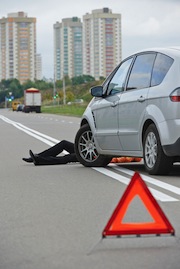 There may be circumstances in which someone kills another without intent or without premeditation. In some circumstances, a death may be completely accidental and there may be no criminal liability at all. However, if the death occurred as the result of the defendant’s unlawful or dangerous conduct, charges of involuntary manslaughter under California Penal Code 192(b) PC may be considered.

To prove a charge of involuntary manslaughter, a prosecutor must establish the following factors:

Involuntary manslaughter does not apply to acts committed while driving a vehicle. Those offenses are charged separately as vehicular manslaughter.

An involuntary manslaughter charge may also apply when a defendant fails to perform a legal duty owed to another and this failure results in death. This requires a prosecutor to show that:

Relationships in which there is a legal duty to provide care and protection include a parent and a child, a paid caretaker and their charge, and a doctor and his or her patient.

A driver, with no previous bad driving record, is speeding and accidently hits a child in the roadway. The officer could be convicted of involuntary manslaughter under Penal Code Section 192(b) PC for this unintentional, yet negligent death.

In another example, a man runs a group home for adults with serious mental impairments who cannot care for themselves. The man does not provide sufficient food, care or supervision to his charges and as a result, one of the residents dies. This man could be charged with involuntary manslaughter for his failure to meet his legal obligation to provide care for his charges.

If the defendant can prove that he or she had no criminal intent or did not act negligently when they performed the action that resulted in another person’s death, there would be a strong accident defense. There are many situations in which a death is caused by accident without any negligence or otherwise unlawful behavior. In these circumstances, there would be no criminal liability.

Involuntary manslaughter is a felony that is punishable by formal probation with a year in jail or up to four years in prison, substantial court fines, victim restitution and loss of gun ownership privileges. If placed on probation, there may be other conditions such as community labor and service or other programming that is required.

If you or someone you know has been charged with involuntary manslaughter, it is very critical that you consult with an experienced Los Angeles Criminal Defense Attorney at once. As a former Deputy District Attorney with over 14 years of prosecutorial experience, Los Angeles Criminal Defense Attorney Michael Kraut has extensive experience in handling cases of this nature. Mr. Kraut uses the top investigators and professional experts to gather additional evidence to refute the assumption that a person is criminally liable for another’s accidental death. Mr. Kraut is highly respected by prosecutors and law enforcement officers alike as a highly skilled litigator with a deep knowledge of criminal law.