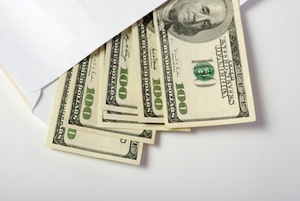 Sporting events rely on the legitimacy of competition in order maintain their integrity. It is very important that every participant in a sporting event is putting forth his or her best efforts. In many cases in our history, athletes have accepted bribes in order to affect the outcome of a sporting event. Accepting a bribe in order to throw a sporting event is a serious felony level offense under California Penal Code Section 337c PC that can result in prison for those convicted.

In order to prove a defendant is guilty of accepting a bribe to throw a sporting event, the following elements must exist:

A man is the point guard on his college basketball team. He is approached by a group of gamblers and is offered a substantial amount of money to engage in a point shaving scheme that would result in him causing turnovers and missing shots. The man agrees and intentionally plays poorly to affect the game’s score. The basketball player could be charged with accepting a bribe to throw a sporting event in violation of California Penal Code Section 337c PC.

In another example, a man belongs to a wrestling league that bills itself as sports entertainment. The outcome of the wrestling matches is prearranged before each match. One wrestler who is new to league knows that he is a better fighter than his upcoming opponent. However, he is paid by the league to lose in a dramatic fashion in the last minute. The wrestler would not be guilty of accepting a bribe to throw a sporting event because the scripted wrestling match would not be considered a sporting event, contest or exhibition as defined by California Penal Code Section 337c PC.

4. Defenses to Accepting a Bribe to Throw a Sporting Event

There may be instances where an athlete is threatened with violence to themselves or loved ones if he or she does not throw a sporting event. In these circumstances, the athlete could assert a duress defense if charged criminally with this offense.

Additionally, there may be circumstances in which law enforcement runs sting operations intended to ensnare athletes accepting bribes. If the undercover operative becomes overly aggressive in his or her attempts to push a bribe on the athlete, there may be grounds for an entrapment defense.

Accepting a bribe to throw a sporting event is always a felony level offense. Those convicted of this crime can be sentenced to serve up to three years in prison and a $5,000 fine. In addition, the defendant would likely be banned for life from whatever professional league or organization he or she had previously belonged to.

6. Criminal Defense for Accepting a Bribe to Throw a Sporting Event Cases

Accepting a bribe to throw a sporting event is a serious felony offense that can result in lengthy prison sentences for those convicted. If you have been accused of this offense, or are currently under investigation, it is very important that you meet with an established Los Angeles Criminal Defense Lawyer as soon as possible. Los Angeles Criminal Defense Attorney Michael Kraut is a former Deputy District Attorney with over 14 years of prosecutorial experience who possesses the legal acumen and litigation skills necessary to defend against charges like this. Mr. Kraut works tirelessly to ensure his clients’ rights are protected and that they receive the absolute best defense possible.