California Penal Code Section 247(b) PC: Shooting At An Unoccupied Vehicle Or Building 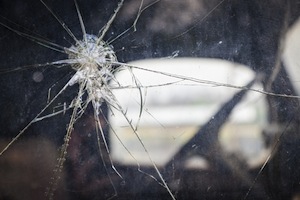 Discharging a firearm can be an inherently dangerous activity that can lead to death, injury or property damage. Not only is it illegal to shoot at an inhabited building or occupied car under California Penal Code Section 246 PC, it is also against the law to shoot at an unoccupied vehicle or building under California Penal Code Section 247(b) PC. Discharging a firearm in this manner is a serious offense that can result in felony charges.

In order to prove a charge of shooting at an unoccupied vehicle or building, a prosecutor must be able to establish the following elements:

The statute would not apply to shooting at an abandoned vehicle, unoccupied vehicle, uninhabited building, or dwelling house with the permission of the owner.

A man wants to try out a new firearm that he has just purchased so he goes to a nearby abandoned cabin. The man knows that the cabin is located in a remote area and no one has lived there for years. The man proceeds to shoot several rounds into the walls and windows of the cabin. The man could be charged with shooting at an unoccupied house in violation of California Penal Code Section 247(b) PC even though he thought the house was abandoned.

In another example, a man goes to a friend’s home in order to show off his newly purchased firearm. The man wants to show his friend how the weapon shoots so the friend takes him to an abandoned vehicle that is on his property. The friend tells the man that he can shoot at the vehicle and the man fires several rounds into the car. The man would not be guilty of shooting at an unoccupied vehicle, as he was given permission to shoot from the owner of the property.

4. Defenses to Shooting at an Unoccupied Building or Vehicle

If the defendant was handling the weapon and it inadvertently discharged, he or she would have a valid accident defense if charged criminally with this offense.

Additionally, the defendant would not be guilty of this offense if the owner of the building or vehicle gave the defendant permission to shoot at the property. However, a shooter in this situation may be still charged with grossly negligent discharge of a firearm in violation of California Penal Code Section 246.3 PC if the shooting was conducted in a reckless or grossly negligent manner.

Shooting at an unoccupied building or vehicle is a "wobbler" offense that can be filed as either a misdemeanor or a felony. When making a filing decision, prosecutors will typically consider factors such as the criminal history of the defendant and the severity of the underlying offense. If charged as a felony, the defendant can be sentenced to up to three years in prison. If charged as a misdemeanor, the defendant can be sent to jail for up to a year and any other conditions of probation that a judge may deem appropriate. In either case, the defendant would have to pay victim restitution for any damage caused by the shooting.

6. Criminal Defense for Shooting at an Unoccupied Building or Vehicle

If you or a loved one have been charged with shooting at an unoccupied building or vehicle it is very important that you consult with a Los Angeles Criminal Defense Lawyer immediately. Los Angeles Criminal Defense Attorney Michael Kraut is a former Deputy District Attorney with over 14 years of prosecutorial experience who knows how to effectively defend those charged with this offense. Mr. Kraut is highly respected throughout the court system as a tough litigator who fights hard on behalf of his clients.