Home
Crimes by Code Section
California Business & Professions Code Section 25658(B) BPC: Purchase Or Consumption Of Alcoholic Beverage By A Person Under 21

California Business & Professions Code Section 25658(B) BPC: Purchase Or Consumption Of Alcoholic Beverage By A Person Under 21 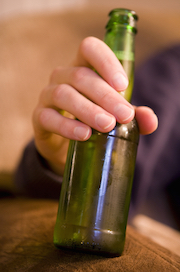 A number of laws are designed to prevent the sale or provision of alcohol to those who are under the age of 21. Just as selling alcohol to those under 21 is illegal, it is also a criminal offense for underage individuals to purchase or consume alcohol at an on-license establishment. Under California Business and Professions Code Section 25658(b) BPC, purchasing alcohol or consuming alcohol at a place where alcohol is sold for consumption (such as a bar or nightclub) is a misdemeanor offense.

To prove that an underage defendant is guilty of this offense, a prosecutor must be able to establish the following elements:

An 18-year-old college student has a fake driver’s license that states he is over the age of 21. The young man uses this license to purchase alcohol at a nearby liquor store. An officer at the store becomes suspicious when he notices the transaction and the young man admits that he is only 18. This 18-year-old could be charged with purchasing alcohol by a person under 21 in violation of California Business and Professions Code Section 25658(b) BPC. He could also be charged with possessing a fake driver’s license pursuant to California Penal Code Section 470B PC.

In another example, a 20-year-old man goes into a crowded sports bar during a major sporting event. The young man has friends buy him beer which he drinks at the bar. Police officers in the establishment observe him drinking and he admits to being under 21. This man could be charged with consuming alcohol by someone under the age of 21 in violation of California Business and Professions Code Section 25658(b) BPC.

4. Defenses to Purchasing or Consuming Alcohol by a Person Under 21

Under California Business and Professions Code Section 25667 BPC, a person under 21 would be immune from criminal prosecution if all of the following elements were present:

5. How Purchasing or Consuming Alcohol by a Person Under 21 Cases are Defended

Underage drinkers are often stopped by business establishments and reported to local law enforcement authorities. Misdemeanor charges can be filed in court and the defendant could face a potential conviction on his or her record.

The early involvement of a knowledgeable defense attorney can lead to charges being declined or significantly reduced. In many cases, prosecutors may be willing to consider alternatives to criminal prosecution that would spare the underage offender from getting a conviction on his or her record.

Purchasing or consuming alcohol by a person under 21 is a misdemeanor offense. Those convicted must pay a $250 court fine plus penalties and assessments and will be ordered to complete between 24 and 32 hours of community service at an alcohol and drug treatment facility or a coroner’s office. A second offense increases the fine amount to $500 and the community service to 48 hours. In addition, a person between the ages of 13 and 21 who has been convicted of this offense would have their driver’s license suspended for a year or would face a one year delay in driver’s license eligibility.

7. Criminal Defense for Purchasing or Consuming Alcohol by a Person Under 21 Cases

If you or a loved one have been charged with this criminal offense, it is critical that you meet with a Los Angeles Criminal Defense Attorney right away. Los Angeles Criminal Defense Lawyer Michael Kraut is a former Deputy District Attorney with over 14 years of prosecutorial experience who is highly skilled at representing clients charged with underage drinking offenses.