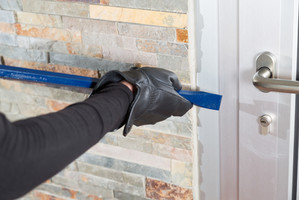 Beverly Hills burglary offenses are a class of crimes that can cover a wide range of behavior and can even lead to felony charges in certain cases. While people tend to think of burglary as being closely related to theft crimes in Beverly Hills, the underlying offense in a burglary charge can be any felony or misdemeanor petty theft. Burglary is a crime under California Penal Code Section 459 PC that involves entering a dwelling or commercial building with the unlawful intent to commit a criminal offense.

Burglary in Beverly Hills can either be of the first or second degree. If the defendant is accused of entering a dwelling, house or any other place that a person lives (even if no one is home), that defendant could be charged with first degree burglary, also referred to as residential burglary. Burglary in the first degree is a felony offense that would be prosecuted by the Los Angeles County District Attorney’s Office at the Airport Courthouse.

When the burglary is conducted on a commercial building, store, or financial institute, the offense is considered burglary in the second degree which is also called commercial burglary. This is a “wobbler” offense that can be charged as either a felony or a misdemeanor, depending on various factors such as the extent of loss suffered and the defendant’s criminal history. When the underlying offense is a shoplifting allegation, it is usually the case that misdemeanor level charges are pursued.

To prove a defendant committed a Beverly Hills burglary crime, the prosecutor does not have to prove the underlying crime associated with the unlawful entry. Burglary only requires the defendant entered a dwelling or structure while intending to commit a felony or a petty theft. He or she does not actually have to complete the other crime. Burglary is considered a specific intent crime because it requires that the defendant had a particular state of mind. Proving this can sometimes be difficult, so prosecutors typically must prove their case with circumstantial evidence. This can include elements such as what the defendant was carrying (i.e. burglary tools) at the time he or she was caught.

Where the defendant had an honest and reasonable mistake of fact as to whether he or she was entitled to enter another person’s property to take something or engage in certain conduct, the defendant would have a valid legal defense. This may occur where the defendant enters the home of another to retrieve property that he reasonably believes belongs to him and he does so under the impression that he has permission to enter the property. In these cases, the defendant lacked criminal intent when he entered the property and thus could not be convicted of burglary.

There may also be situations in which a defendant is unable to form the specific intent necessary to be charged with burglary because he or she does not have full control of their mental capacities. This may be the case where the defendant is so intoxicated that he does not know what he is doing. If the defendant was unknowingly drugged or had something slipped into his drink, he could raise a strong involuntary intoxication defense. However, if the defendant was intoxicated by choice, this defense would not apply.

If you or a loved one have been charged with a Beverly Hills burglary offense, it is very important that you discuss your options with an effective Beverly Hills Criminal Defense Attorney right away. Beverly Hills Criminal Defense Lawyer Michael Kraut is a former Deputy District Attorney with over 14 years of prosecutorial experience who knows how to effectively fight burglary accusations. Mr. Kraut is highly respected in the Beverly Hills area as a tough litigator who possesses a deep knowledge of the law. Mr. Kraut works tirelessly to make sure his clients receive the best representation possible.