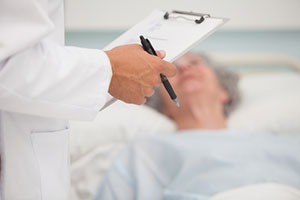 Elder abuse in Pasadena is a serious offense that may involve the physical, mental or financial abuse of a person who is 65 years old or older. The law recognizes that the elderly are particularly vulnerable to abuse and has made it a criminal offense under California Penal Code Section 368 PC to subject a person who is 65 or older to intentional physical harm, emotional abuse, grossly negligent care or financial abuse.

Allegations of elder abuse in Pasadena may include any of the following acts committed against an elderly person:

There are several defenses that may be applicable to allegations of Pasadena elder abuse. In many cases, the elderly person making the allegation may suffer mental or physical conditions that impair their ability to recognize what is happening around them. In many cases, people may find themselves falsely accused of elder abuse where no such abuse occurred.

In addition, as people get older they become much more fragile and susceptible to injury. In many cases, a person may find that the injury he or she is alleged to have caused was completely accidental. However, one should keep in mind that negligence may still be a factor in elder abuse and even accidental harm could result in criminal charges.

Pasadena Elder abuse is what is considered a “wobbler” offense. This means that it can be charged as either a felony or a misdemeanor, depending on the severity of the abuse involved and the criminal history of the defendant. If the matter is charged as a felony, a prosecutor from the Pasadena Branch Office of the Los Angeles County District Attorney’s Office will handle the prosecution. If convicted of a felony, a defendant may be sentenced to up to four years in prison with an additional three years if the victim is found to have suffered great bodily injury or death as a result of the defendant’s conduct. If charged as a misdemeanor, the prosecution of the case will be handled by either the Pasadena City Attorney’s Office if the offense occurred in the city of Pasadena or the Los Angeles County District Attorney’s Office if the offense occurred outside the Pasadena city limits. If convicted of misdemeanor elder abuse, the defendant can be sentenced to up to a year in county jail, expensive court fines, restitution to the victim, counseling (including anger management) and any other conditions of probation that a court may feel necessary to impose.

If you or a loved one have been accused of elder abuse in Pasadena, it is very important that you go over your options with an experienced Pasadena criminal defense attorney right away. As a former Deputy District Attorney with over 14 years of prosecutorial experience, Pasadena Criminal Defense Attorney Michael Kraut knows how to effectively defend allegations of elder abuse. In his former role as a prosecutor, Mr. Kraut served as a Senior Trial Prosecutor in the Pasadena Courthouse and is highly regarded there as a tenacious litigator who possesses a deep knowledge of the law. In many cases, Mr. Kraut may be able to intervene before charges have been filed in order to prevent a criminal filing altogether.

For more information about elder abuse in Pasadena, and to schedule your free consultation, contact Pasadena Criminal Defense Attorney Michael Kraut at the Kraut Law Group located at 790 East Colorado Boulevard, 9th Floor, Pasadena, CA 91101. Mr. Kraut can be reached 24/7 at 888-334-6344 or 626-345-1899.