Keeping a House of Prostitution 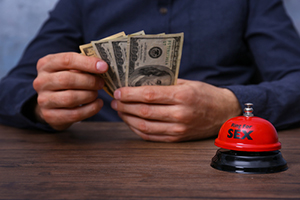 To prove that a defendant is guilty of keeping a house of prostitution, a prosecutor must be able to establish the following required elements:

2. Related Offenses
Other similar or related offenses include:

In another example, an owner of a spa employs numerous massage therapists to perform legitimate massage services to clients. However, unknown to the spa owner some of these massage therapists are engaging in the sale of sexual services in the massage rooms. In this example it is unlikely that the spa owner will be convicted of keeping a house of prostitution because he does not have the requisite knowledge that the spa is being used for prostitution.

4. Defenses to Keeping a House of Prostitution
One of the common defenses against keeping a house of prostitution is entrapment. Entrapment occurs when a person who would normally be law-abiding is persuaded into doing something illegal after repeated requests by law enforcement.

5. Penalties
A conviction for keeping a house of prostitution can result in six months of county jail, fines of up to $1,000 and probation for up to three years.

7. Criminal Defense for Keeping a House of Prostitution
Keeping a house of prostitution is a criminal offense that can carry criminal penalties. If you or someone you know have been charged with keeping a house of prostitution, it is crucial that you speak with a reputable Los Angeles Criminal Defense Lawyer right away. Los Angeles Criminal Defense Attorney Michael Kraut is a former Deputy District Attorney with over 14 years of prosecutorial experience. Mr. Kraut is highly respected by judges, district attorneys and law enforcement officers as a skilled litigator who possesses a strong understanding of the law.