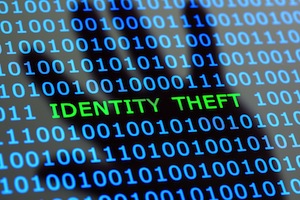 In the past decade there has been a significant increase in identity theft offenses occurring in the Glendale area. As a result, local law enforcement agencies provide training to their officers in how to recognize, investigate and prevent identity theft crimes and local prosecutors have created specialized units to go after those committing these types of offenses. Identity theft is considered a Glendale white collar crime that can carry significant penalties for those ultimately convicted.

The crime of identity theft involves the use of the identity or personal identifying information of another person without that person’s consent and with an underlying fraudulent purpose. California Penal Code Section 530.5 PC is the statute the deals directly with identity theft offenses and covers a wide range of criminal activity. It can involve the simple act of using another person’s name and address to obtain credit or can involve complex schemes involving vast networks of criminals using technology to acquire personal identifying information of unsuspecting victims. This offense is potentially a felony that can result in serious prison sentences.

Personal identifying information, as described in the identity theft statutes, covers numerous different items. Obviously private data such as a person’s social security number, PIN number or private password are considered personal identifying information per the statute. However, even using another’s name, address or other non-private information in a fraudulent manner can lead to identity theft charges in Glendale. Another thing that is unique about identity theft prosecutions is that a defendant can be charged with separate counts for each individual use of another person’s identification. Thus a typical Glendale identity theft complaint may allege numerous counts against the defendant.

The crime of identity theft is what is called a “wobbler” offense. This means that a prosecutor has the discretion to file either misdemeanor or felony level charges. Various factors will be taken into consideration when deciding what level of charges to file. The amount of financial loss or other damage inflicted upon the victim would be a major factor in any filing decision. A prosecutor would also consider whether or not the defendant has a prior record or if there was anything about the particular offense that made it particularly egregious.

For both felony and misdemeanor identity theft charges in Glendale, the case would be prosecuted by a Deputy District Attorney from the Los Angeles County District Attorney’s Office - Glendale Area Office. If the case is a misdemeanor, it will be handled at all stages by a judge or commissioner at the Glendale Courthouse, located at 600 East Broadway, Glendale, CA 91206. If felony identity theft is the offense charged, the case would start out at the Glendale Courthouse for arraignment and then be transferred to the Burbank Courthouse, located at 300 East Olive Avenue, Burbank, CA 91502.

For those defendants who are ultimately convicted of felony level identity theft in Glendale, the sentence is potentially severe. A judge can sentence the defendant to serve up to three years in prison. The defendant would also have to repay the victim or victims for any loss incurred.

Misdemeanor identity theft convictions can expose a defendant to a variety of criminal penalties, including jail sentences of up to a year, victim restitution, community service or labor requirements, costly fines and any other conditions of probation that the judge imposes. It is important to remember that for both felony and misdemeanor identity theft charges, a defendant can be charged with multiple counts every time he or she fraudulently used the personal identifying information of someone else.

Identity theft cases are not limited to prosecution from state and local agencies. In fact, many major identity theft charges are handled in Federal Court by the United States Attorney. The Identity Theft and Assumption Deterrence Act of 1988 allows for significant prison sentences for those who violate the Federal statute. A person who is convicted of an identity theft offense at the federal level can expect to be sentenced to as much as 25 years in Federal prison.

If you believe that you or a loved one are under investigation for a Glendale identity theft offense, or if you have already been charged criminally, it is critical that you speak with an experienced Glendale Criminal Defense Attorney immediately. As a former Deputy District Attorney with over 14 years of prosecutorial experience, Glendale Criminal Defense Lawyer Michael Kraut knows how to effectively defend those charged with identity theft allegations and other Glendale white collar crimes. Mr. Kraut was formerly assigned to the elite Major Fraud Unit of the District Attorney’s Office and is highly respected for his knowledge and expertise in this area.