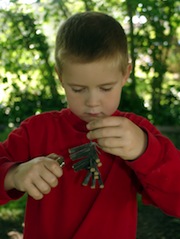 Fireworks are popular items that are prevalent around holidays like Independence Day. However, setting off fireworks can be incredibly dangerous if not handled properly. As a result, furnishing dangerous fireworks to a minor is a serious criminal offense under Californian Health & Safety Code Section 12702 HSC that can lead to felony convictions and even prison time for those convicted.

In order to prove a defendant furnished fireworks to a minor in violation of California Health & Safety Code Section 12702 HSC, a prosecutor must be able to establish the following elements:

A man runs a shop that sells fireworks around the 4th of July. A young man enters his shop and requests a roman candle. The young man looks under 18 but the man does not check his identification or ask his age. The young man is actually 16. The shop owner could be charged with selling dangerous fireworks to a minor in violation of California Health & Safety Code Section 12702 HSC because he sold a prohibited item to a minor under 18.

In another similar example, a man runs a fireworks stand. Two children come by wanting to buy sparklers. The stand owner prefers not to sell to children without their parents being present, however he agrees to sell the sparklers to the children. The sparklers are eight inches long and are well under ¼ of an inch in diameter. The stand owner would not be criminally liable for selling dangerous fireworks to minors because sparklers that are under 10 inches long and under ¼ inch in diameter are not considered dangerous fireworks.

4. Defenses to Furnishing Dangerous Fireworks to a Minor

If the minor presented a fake identification and the seller reasonably believed that the minor was an adult, the seller may be able to raise a legitimate mistake of fact defense if charged criminally with furnishing dangerous fireworks to a minor.

Additionally, there may be instances where law enforcement agencies run sting operations targeting the sale of dangerous fireworks to minors. If the undercover operative became too aggressive and forced the defendant to do something that he or she would not normally do, the defendant may have a valid entrapment defense.

For most first offenses, furnishing dangerous fireworks to a minor is a misdemeanor \ that is punishable by up to a year in jail in addition to court fines and any other conditions of probation that a judge may impose. A second conviction for this offense is punishable by a fine between $500 and $1,000 and a year in jail. The defendant cannot be granted probation and the execution of the sentence cannot be suspended by the court.

6. Criminal Defense for Furnishing Dangerous Fireworks to a Minor Cases

Furnishing dangerous fireworks is a serious offense that can carry severe penalties. If you have been charged with this offense, it is crucial that you speak with a knowledgeable Los Angeles Criminal Defense Lawyer right away. As a former Deputy District Attorney with over 14 years of prosecutorial experience, Los Angeles Criminal Defense Attorney Michael Kraut is highly skilled at representing clients charged with offenses like this. Mr. Kraut is highly regarded throughout the legal system as a tough litigator who possesses a deep knowledge of the law.