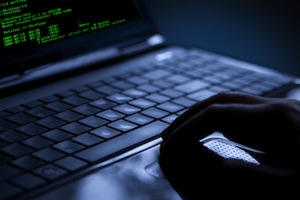 Burbank identity theft crimes are one of the most commonly-charged white collar offenses in the Burbank area. Due to the recent increase in these types of crimes, prosecutors and police in the Burbank region now receive specialized training and have dedicated units to combat identity theft offenses. Judges take this type of crime very seriously and potentially stiff penalties, including long prison sentences, can be assessed for those convicted of this crime.

Identity theft is characterized as the use of another person’s personal identifying information without consent in order to advance fraud activity. Identity theft is prohibited under California Penal Code Section 530.5 PC which proscribes criminal penalties for those found guilty of this type of activity. What constitutes identity theft can be wide-ranging, and may involve stealing a neighbor’s mail in order to use his address to open a credit account to complicated schemes involving numerous parties in far-flung locations in which identifying information is stolen and then fraudulently used.

What is considered to be personal identifying information under that law can cover a variety of material, some of which seems harmless on its face. While the statute covers the misuse of blatantly private information like PIN numbers, social security numbers, passwords and private codes, the law also covers seemingly innocuous data such as a person’s name and address which can be used to commit fraud. One thing to keep in mind is that a prosecutor can charge a separate count of identity theft for each alleged use of another person’s personal identifying information. Thus a Burbank identity theft case may allege multiple counts against the defendant.

Identity theft is a “wobbler” which means that it can be filed by prosecutors as either a felony or a misdemeanor. When deciding what level of charges to file, prosecutors may consider a host of factors, including the amount of loss incurred by a victim, the complexity and size of the identity theft operation, and whether or not the defendant has a previous criminal record.

If identity theft is filed as a felony, the prosecution would be handled by a Deputy District Attorney from the Burbank Satellite Office of the Los Angeles County District Attorney’s Office. If misdemeanor charges are deemed appropriate, the Burbank City Attorney’s office would handle all aspects of the prosecution. For both felonies and misdemeanors, the case would proceed at the Burbank Courthouse located at 300 East Olive Avenue, Burbank, CA, 91502.

Because identity theft offenses often cross state lines, this type of crime may be prosecuted federally by the United States Attorney in Federal Court. Under the Identity Theft and Assumption Deterrence Act of 1988, hefty prison sentences can be doled out to those convicted of this Federal crime. Someone who is ultimately found guilty in Federal Court may be sentenced to serve up to 25 years in prison.

If you or someone you know are under investigation or have been charged with identity theft in the Burbank area, it is highly important that you consult with a Burbank Criminal Defense Lawyer to discuss your options. Burbank Criminal Defense Attorney Michael Kraut is a former Deputy District Attorney with over 14 years of prosecutorial experience who formerly prosecuted these types of crimes as part of the District Attorney Office’s elite Major Fraud Division. Mr. Kraut is highly respected in the Burbank area as the premier attorney for fighting allegations of identity theft and other white collar crimes.