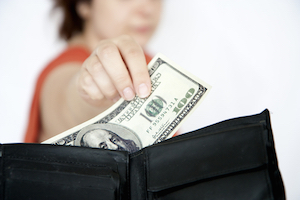 Commonly referred to as blackmail, extortion crimes committed in Burbank are treated as serious transgressions and those convicted can face extensive criminal penalties. Extortion occurs where the defendant extracts money, property or something else of value by using force or by threatening violence or threatening to expose an embarrassing or damaging secret. Extortion is considered a type of Burbank theft crime.

To convict a defendant of the crime of extortion in Burbank, the following elements must be proven beyond a reasonable doubt:

A defendant cannot be charged with extortion if he threatened to perform something legal that he was entitled to do under the law. An example of this would be a creditor threatening to foreclose on a loan if the delinquent debtor misses any additional payments. This would not be considered a Burbank extortion offense.

In many cases, the defendant is accused of committing extortion after threatening to expose the victim’s embarrassing secret unless the defendant is paid or otherwise receives a benefit in exchange for keeping quiet. Under the extortion statute, a secret is considered a fact that is not widely known publicly or by a third party who would be interested in learning the secret. The victim’s reputation must be harmed by the revelation of the secret so much so that the victim would agree to the defendant’s demands in order to keep the secret from coming out. In many extortion cases, the secret involves an affair, drug addiction or commission of a crime.

There are a number of different extortion crimes that can be charged against a defendant in Burbank, depending on the facts of the case. If the extortion demand was reduced to writing, the defendant could be charged with extortion by threatening letter in violation of California Penal Code Section 523 PC. Where the defendant’s extortion demands involve obtaining the victim’s signature on a check or other official document, he or she can be charged with extortion of signature pursuant to California Penal Code Section 522 PC.

There are several valid legal defenses that a person charged with a Burbank extortion crime may be able to raise in court. It is often the case that the defendant accused of extortion is the victim of a false accusation that has been levelled against him or her. In these situations, a skilled Burbank criminal defense lawyer can conduct extensive investigation in order to effectively challenge the accuser’s credibility to prove that they are not reliable. Additionally, the defendant would not be guilty of a Burbank extortion crime if he or she would have been given the money or property regardless of their conduct and the transaction was not prompted by the threat or force used.

If you or a loved one have been charged with extortion, or if you are currently a victim of extortion, it is imperative that you go over the specifics of your case with a Burbank Criminal Defense Attorney right away. As a former Deputy District Attorney with over 14 years of prosecutorial experience, Burbank Criminal Defense Lawyer Michael Kraut knows how to effectively defend those charged with white collar crimes like this and has assisted victims in handling situations where they are the ones being extorted.