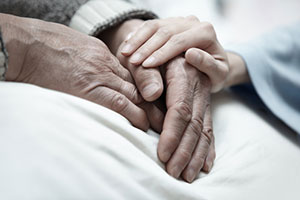 When certain crimes in Burbank are committed against elderly individuals who are 65 years old or older, the defendant can be charged with elder abuse. The underlying offenses for an elder abuse allegation may involve physical abuse, mental abuse, negligent or substandard care, theft and other financial crimes, and even sexual assaults. In Burbank, elder abuse is a serious criminal offense under California Penal Code Section 368 PC that can carry significant penalties for those convicted.

The following crimes may be considered for elder abuse charges in Burbank if the victim is 65 or older:

There are several legal defenses that may apply to someone who is facing elder abuse charges in Burbank. False accusations are highly common with elderly victims, as they may suffer from physical and/or mental afflictions which affect their ability to understand what is going on around them and can be prone to anger or even vindictiveness against their caregivers.

In addition, elder abuse in Burbank is an offense that may be committed accidentally. As people get older they become more frail and even the slightest of bumps, falls or touches can cause disproportionate injuries. Thus, a victim may be covered in bruises that are not the cause of intentional abuse. In these cases, a defendant would have a strong accident defense. However, if neglect is the underlying conduct of an elder abuse allegation, a defendant's intent would be irrelevant in determining whether he or she was negligent in the level of care and duty owed to an elderly person for whom he or she provides care.

Burbank elder abuse is what is considered a "wobbler" offense. This means that the case can be filed as either a misdemeanor or a felony, depending on the extent of the abuse and the criminal history of the defendant. If filed as a misdemeanor, a prosecutor from the Burbank City Attorney's would handle the case. If felony charges are appropriate, a Deputy District Attorney from the Burbank Branch Office of the Los Angeles County District Attorney's Office would handle the prosecution. If a defendant is charged with and convicted of felony elder abuse, he or she can be sent to prison for up to four years, with a consecutive three years added to the sentence if the victim was killed or suffered great bodily injury as a result of the abuse. If someone is convicted of misdemeanor elder abuse, a defendant may be sent to jail for up to a year and could be required to fulfill numerous obligations of probation, including expensive fines, restitution, counseling and community service/labor.

If you are facing allegations of elder abuse offense in Burbank, it is imperative that you meet and confer with an established Burbank criminal defense attorney right away. Burbank Criminal Defense Attorney Michael Kraut is a former Deputy District Attorney with over 14 years of prosecutorial experience who previously prosecuted cases out of the Burbank Courthouse and is highly regarded by judges and law enforcement in Burbank as a tough and knowledgeable litigator.