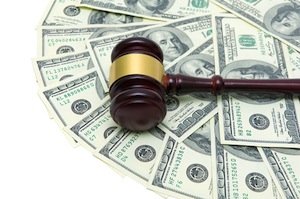 Also known as blackmail, the crime of extortion in Beverly Hills is a very serious criminal offense that can result in lengthy prison sentences or other penalties for those convicted. Extortion involves using force, a threat of harm or a threat to expose a damaging or embarrassing secret in order to get a victim to provide money, property or to perform an official act. Extortion is generally classified as a Beverly Hills theft crime.

A Beverly Hills extortion offense contains the following criminal elements which must be established beyond a reasonable doubt:

Someone would not be guilty of a Beverly Hills extortion crime if the threatened behavior constituted an act that the defendant was legally entitled to do. Often this is the case where a creditor threatens to foreclose or take action against a delinquent debtor unless an immediate payment is made. This type of “threat” would not be considered extortion under the law.

Many Beverly Hills extortion cases involve a defendant who has threatened to reveal a damaging secret unless the victim agrees to pay the defendant or compensate the defendant in another manner. In the context of the law, a secret is something not commonly known to the public or to a third party and that someone else would be interested in finding out. The reputation of the victim must be so damaged by the secret’s exposure that he or she would be willing to comply with the defendant’s demands to prevent the secret from being revealed.

Someone charged with a Beverly Hills extortion crime may be able to argue one of several criminal defenses in fighting his or her case. Frequently, a person charged with extortion may be the victim of a false accusation. It may be necessary for a skilled Beverly Hills criminal defense attorney to conduct investigations in order to undermine the credibility of the person making the extortion allegation. Furthermore, there may be situations where the defendant would have been given the money, property or other compensation regardless of the extortionate demand. In these cases, the defendant would not be guilty of a Beverly Hills extortion offense.

If you are under investigation or facing charges for an extortion offense, or if you are the victim of an ongoing extortion scheme, it is critical that meet with a Beverly Hills Criminal Defense Lawyer as soon as possible. Beverly Hills Criminal Defense Lawyer Michael Kraut is a former Deputy District Attorney with over 14 years of prosecutorial experience who possesses the professional expertise to defend white collar cases such as this. Mr. Kraut also helps the victims of extortion extricate themselves from their current situation in a discrete manner.