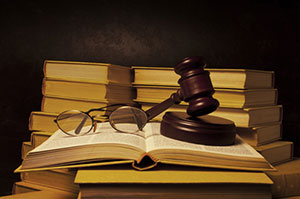 A petition to expunge a criminal conviction must be filed pursuant to California Penal Code Section 1203.4 PC after the defendant has completed his or her sentence and is no longer on probation. Petitions for expungement typically must be argued in open court before the original sentencing judge. The prosecutor will often argue against the petition and a judge may be inclined not to grant it. The defendant may have to provide pertinent evidence or present witness testimony when arguing why the expungement should be granted. This requires knowledge and familiarity with legal procedure and the Rules of Evidence, and those considering such petitions should retain competent counsel.

If the expungement motion is granted, the defendant’s original guilty plea or verdict will be set aside and the underlying charges will be retroactively dismissed. The remedy of expungement is only available for convictions that did not result in a prison sentence. In addition, certain criminal offenses cannot be expunged. This includes a wide range of sex offenses. Even if a criminal conviction is ultimately expunged from the record, it can still be used to enhance penalties for certain crimes. Thus, even if a defendant’s conviction for Beverly Hills driving under the influence is expunged, it will still be considered a priorable crime if he or she is later charged with another DUI.

Even if the expungement is granted, there may still be an obligation to report the prior conviction on applications or to state licensing boards. In addition, if the original conviction prevented the defendant from owning or possessing firearms, the expungement will not restore these rights.

A felony conviction may be expunged where the original charge was classified as a “wobbler” that could have been either a felony or misdemeanor. In order to have a conviction expunged, the defendant would first have to petition the court to reduce the offense to a misdemeanor. At that point, the conviction would be eligible for dismissal under California Penal Code Section 1203.4 PC.

Expungement may be necessary for a variety of reasons. An old criminal conviction may be preventing someone from acquiring suitable employment or from being considered for housing or loans. An old conviction can appear on criminal background searches and can wreak havoc on a person’s personal and professional life.

While it is usually necessary to be off probation in order to petition the court for expungement, there may exceptions to this requirement. The defendant may be able to make a motion under California Penal Code Section 1203.3 PC to terminate probation. If this is granted, he or she could then move to dismiss the conviction pursuant to California Penal Code Section 1203.4 PC. Judges are usually unwilling to terminate probation and prosecutors will almost always vigorously fight a defendant’s California Penal Code Section 1203.3 PC motion. The defendant would have to show the court a highly compelling reason why the motion should be granted. In addition, the defendant should have completed every condition of probation and completely paid off all court fines. Someone considering a motion to terminate probation should strongly consider retaining the services of an effective Beverly Hills criminal defense attorney.

If you need to have a criminal conviction expunged, it is crucial that you first discuss your situation with an experienced Beverly Hills Criminal Defense Lawyer. Beverly Hills Criminal Defense Attorney Michael Kraut is a former Deputy District Attorney with over 14 years of prosecutorial experience who has obtained impressive results for his clients seeking expungements.