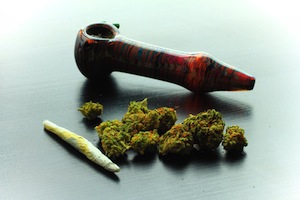 Those accused of possessing, selling, manufacturing or transporting illegal drugs in the Beverly Hills area may find themselves charged with one of several Beverly Hills Drug Crimes.

A similar charge would be Beverly Hills Driving Under the Influence of Drugs under California Vehicle Code Section 23152(a).

The State of California is notorious for prosecuting more Drug Offenses than any other state in the U.S., and many of these prosecutions stem from drug arrests made in Beverly Hills, where law enforcement officers are keenly aware of drug use and trade occurring in the city's upscale bars and nightclubs. The punishment for Beverly Hills Drug Crimes can vary based on several factors, including the type and quantity of the drug involved, the criminal record of the defendant (if any) and whether the allegation is selling drugs or merely possessing them.

Most of the Beverly Hills Drug Crimes charges are felony-level offenses that are punishable by prison sentences, long term supervised probation, forced treatment and/or drug counseling, loss of driver's license, court fines and in some cases the defendant may have to register as a drug offender. Employers are often wary about hiring people with drug convictions on their criminal records and such convictions may limit future housing options as well. In addition, in cases in which law enforcement believe a person is involved in selling drugs, they may try to seize that person's property and assets even where there is no criminal conviction.

Depending on the charge, there are a variety of ways that a skilled Beverly Hills Criminal Defense Attorney can fight drug crime charges. Often, the search and/or arrest which prompted the discovery of illegal drugs was conducted without sufficient Probable Cause. The police are not entitled to stop and search someone without a legitimate reason and if a search is determined to be illegal, the resulting drug evidence that was discovered may be suppressed by the Court. An effective attorney can argue for suppression of evidence in a hearing pursuant to California Penal Code Section 1538.5 PC.

It is critical to speak with an experienced Beverly Hills Drug Crimes Attorney if you or a loved one is facing charges or is under investigation for a Beverly Hills Drug Crime. It may be possible to intervene before charges have been submitted for filing to show a detective or prosecutor that a large quantity of drugs were for personal use and not for sale, for example. This distinction could potentially save a person from spending years in prison. In addition, an attorney can help transition a client into early drug treatment or counseling options, which can help convince a prosecutor that the defendant is working to correct a drug addiction and should be spared a lengthy sentence.

As a former Deputy District Attorney with over 14 years of prosecutorial experience, Beverly Hills Drug Crime Attorney Michael Kraut has extensive experience in handling drug cases from both the prosecutorial and defense perspective. Mr. Kraut is widely respected throughout the court system as a tough litigator and a fierce defender of his clients' rights.