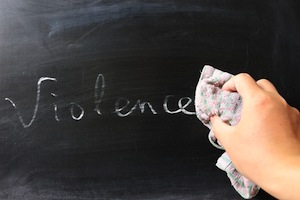 Someone looking to clean up his or her criminal record will most likely be required to go through the Pasadena expungement process. Getting a conviction expunged is not as easy as it once was, and it is highly recommended that anyone considering this type of motion seek the assistance of an effective Pasadena criminal defense attorney.

Under the current law, a person who has successfully completed probation can petition the sentencing court to expunge the conviction pursuant to California Penal Code Section 1203.4 PC. In most cases, the Court will conduct a hearing and in many cases the prosecution will object to the expungement motion and actively contest it. The hearing may require presentation of witnesses and evidence, and a person who is not represented by counsel may not be familiar with the California Rules of Evidence and may not know how to best proceed with the expungement motion.

If the petitioner is successful in his or her motion under California Penal Code Section 1203.4 PC, the court will set aside the guilty verdict or no contest plea. An expungement can only be granted for offenses where prison was not assessed as a penalty. In addition, certain sex crimes are excluded from expungement under the law. Even if the expungement is granted, the conviction will not be completely stricken from the record. For Pasadena DUI offenses, the original DUI conviction would still be “priorable” even if it is expunged. This means that it could still be used to enhance the penalties on any future convictions within ten years.

A person who has an offense expunged may still have to inform state licensing agencies about the conviction. In addition, the defendant may still be unable to own or purchase firearms if prohibited. An expungement may not be immediately available for felony convictions. If the charge was a “wobbler” that could have been filed as either a felony or a misdemeanor, the petitioner would first have to make a separate motion to the court requesting that the felony be reduced to a misdemeanor. If this is granted, the petitioner could then make a motion under California Penal Code Section 1203.4 PC to expunge that misdemeanor conviction.

Clearing one’s criminal record may be absolutely critical. More and more employers rely on criminal background searches when making hiring decisions and having even a single misdemeanor offense can make the difference in whether a candidate is considered. Unless an expungement motion is properly made, the conviction would remain on a person’s criminal record permanently. In addition to employment purposes, criminal records can hinder a person’s ability to obtain housing, loans and education opportunities.

In certain cases, a person who is on probation may absolutely need to have the conviction expunged. In these cases, the person would have to file a motion to terminate probation under California Penal Code Section 1203.3 PC and then a motion to expunge pursuant to California Penal Code Section 1203.4 PC. Courts are very wary about granting such motions and usually only do so if the petitioner has completed all requirements of probation and has an extremely compelling reason for needing to end probation early. Having a skilled Pasadena criminal defense attorney can be critical in helping to get a conviction expunged early.

A motion under California Penal Code Section 1203.4 will only expunge the record of the defendant’s conviction. To have the arrest expunged, the petitioner would have to move the Court to seal the arrest records completely. This would require a motion under California Penal Code Section 851.8 PC. It is much harder to have an arrest record sealed or expunged than it is to have the conviction expunged, as the standard for sealing the arrest record is much higher. It is highly recommended that anyone pursuing either of these motions do so with the assistance of a knowledgeable and experienced Pasadena criminal defense lawyer.

If you are interested in clearing up your criminal record, it is important to speak with a Pasadena Criminal Defense Lawyer right away. As a former Deputy District Attorney with over 14 years of prosecutorial experience, Pasadena Criminal Defense Lawyer Michael Kraut has had great success in obtaining expungements on behalf of his clients. Mr. Kraut formerly served as a senior trial prosecutor out of the Pasadena Courthouse and is highly regarded by prosecutors and judges in Pasadena as a highly effective litigator who works tirelessly for his clients.