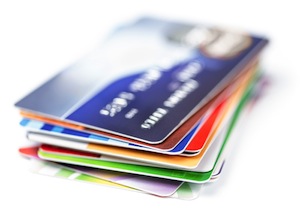 Under the California Penal Code, the broad category of crimes commonly referred to as credit card fraud is actually comprised of several specific offenses, including:


Banks and other major financial institutions lose considerable amounts of money to credit card fraud each year. As a result, specialized units in law enforcement agencies and prosecutorial offices in the Pasadena area have ramped up their efforts to combat this crime. In many cases, credit card fraud offenses are closely related to Pasadena identity theft schemes and a defendant may find himself facing charges for both offenses.

Because credit cards transactions often involve national banks and transactions conducted over state lines, credit card fraud is a crime that may be charged in Federal Court by the United States Attorney's Office. The Federal Bureau of Investigation ("FBI") has jurisdiction over these offenses and penalties for a Federal conviction for credit card fraud can be extensive and involve many years in a Federal penitentiary.

Credit card fraud in California is what is known as a "wobbler" offense. This means that the defendant can be charged with either a felony or a misdemeanor offense, depending on a variety of factors such as the level of sophistication shown in the scheme, the size of the operation and the amount of loss suffered by any victim. It is important to remember that a person can be prosecuted for merely possessing a fake or stolen credit card, even if that person did not try to use the card to fraudulently purchase goods or acquire services.

If the Pasadena credit card fraud offense is filed as a felony, the prosecution of the case would be handled by the Los Angeles County District Attorney's Office - Pasadena Branch Office. The case would be heard at the Pasadena Courthouse, located at 300 East Walnut Avenue, Pasadena, CA 91101. For those convicted of felony credit card fraud, a judge can impose a sentence of up to three years confinement in state prison. Additionally, the defendant would have to repay the victim for any financial losses incurred.

Which prosecutorial agency handles misdemeanor level credit card fraud cases in the Pasadena region depends on exactly where the offense is alleged to have occurred. If the misdemeanor occurred within the city of Pasadena, the Pasadena City Attorney's office would file and prosecute the offense. If the offense occurred in Arcadia, Altadena or an unincorporated area around Pasadena, the prosecution would be handled by the Pasadena Branch Office of the Los Angeles County District Attorney's Office. The maximum penalty on a misdemeanor credit card fraud conviction is a year in jail, in addition to extensive fines and victim restitution.

If you or someone you know are dealing with a credit card fraud investigation or have been charged criminally with this offense, it is crucial that you speak with an experienced Pasadena Criminal Defense Attorney right away. As a former Deputy District Attorney with over 14 years of experience, Pasadena Criminal Defense Lawyer Michael Kraut possesses the knowledge and litigation skills necessary to properly defend charges like this. Mr. Kraut was previously assigned to the elite Major Fraud Division of the Los Angeles County District Attorney’s Office, where he prosecuted credit card fraud and other serious white collar crimes. In addition, Mr. Kraut was previously a Senior Trial Prosecutor assigned to the Pasadena Courthouse, and is well respected by area judges, prosecutors and law enforcement officers for his knowledge of the law and abilities in the courtroom.