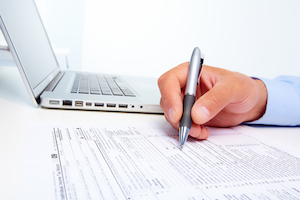 One of the most frequently-charged auto insurance fraud schemes involves falsely reporting a vehicle as stolen in order to collect the insurance payout. Investigators with insurance companies and law enforcement agencies are always vigilant for people engaging in these types of schemes. Under California Vehicle Code Section 10501 VC, filing a false auto theft report is a serious crime that can be punishable by years in prison.

In order to be convicted of filing a false auto theft report, the following elements must be present:

A man desperately needs money so he arranges to have his car “stolen” by a friend in order to collect on his insurance policy, which covers automobile theft. After the man wakes up to find his car missing, he calls his friend to confirm that the car will never be found. The man then files an auto theft report with his local police department and reports the theft to his insurer. In addition to auto insurance fraud, this man could be prosecuted for filing a false auto theft report in violation of California Vehicle Code Section 10501 VC.

In another example, a man owns a car that is insured against theft. One morning, the man notices that his car is missing from the driveway where he usually keeps it parked. The man does not realize that his son has borrowed the car. The man calls the police and reports the theft, however a few hours later his son returns with the car. This man would not be criminally liable under California Vehicle Code Section 10501 as he did not file the false report in order to commit a fraud as he legitimately believed his car was stolen at the time he filed the report.

The criminal offense of filing a false auto theft report requires that the defendant intended to deceive or defraud someone else when he or she filed the report. There may situations where an auto theft report is filed by someone who did not realize that his or her car was merely borrowed or otherwise not actually stolen. In these cases, there would be no intent to deceive and thus no criminal liability under the statute.

For first time offenders, filing a false auto theft report pursuant to California Vehicle Code Section 10501 VC is a misdemeanor that is punishable by up to six months in jail. If the defendant has previously been convicted of this offense, any subsequent offense would be considered a “wobbler.” This means that prosecutors could file either felony or misdemeanor charges. If misdemeanor charges are filed, the maximum penalty that can be assessed is six months in jail. If the case is filed as a felony, the defendant can be sentenced to serve up to three years in prison.

It is important to remember that this case is often filed alongside charges of auto insurance fraud and perjury. These felony charges can often carry more significant penalties.

If you have been charged with or are under investigation for filing a false auto theft report, it is critical that you speak with a Los Angeles Criminal Defense Lawyer right away. As a former Deputy District Attorney with over 14 years of prosecutorial experience, Los Angeles Criminal Defense Lawyer Michael Kraut knows how to effectively defend clients charged with crimes like this. In many cases if retained early enough, Mr. Kraut is able to intervene before charges have been filed in order to meet and confer with insurance investigators, police and prosecutors in order to prevent a criminal filing altogether.