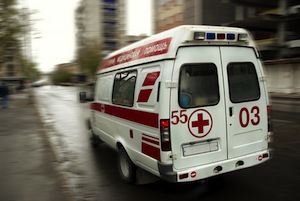 Local governments ensure that appropriate emergency services are readily available to citizens in need. There is a danger inherent any time a person reports a fire or other emergency, as these reports can cause a panic. As a result, it is against the law to falsely report an emergency, fire or crime.

All three offenses require that the defendant intentionally reported the false emergency, fire or crime even though they knew that this information was false.

Under Penal Code 148.3 PC, an "emergency" is defined as any situation that would prompt:

Falsely Reporting a Fire under Penal Code 148.4 PC applies equally to people who:

In hopes of making the news, a husband and wife falsely claim that their newborn daughter is missing and was potentially Kidnapped. An Amber Alert is issued and authorities are dispatched the try and find the girl. Eventually, the couple confesses that their daughter was home the whole time. This couple could be charged with Falsely Reporting an Emergency under California Penal Code Section 148.3 PC.

In another example, students at a local university are celebrating the end of the semester and get very drunk. One of the students notices a fire extinguisher in a dorm hallway and activates it, spraying foam everywhere. This student could be prosecuted under California Penal Code Section 148.4 PC for tampering with fire equipment.

In a final example, a man is out with his friend at a bar. The friend starts a fistfight with another patron and the police are called. The man falsely tells the police officer that the other patron started the fight and committed Battery against his friend, and the friend simply fought back in Self Defense. This man could now be charged with Falsely Reporting a Crime pursuant to California Penal Code Section 148.5 PC.

4. Defenses to False Report of Emergency, Fire or Crimes Charges

These offenses require the knowing and intentional false report of an emergency, fire or crime. There may be instances where a person has a legitimate Mistake of Fact regarding a belief that one of these things is occurring. For example, a person is walking along the street and sees what he believes to be a hostage situation in a nearby diner. He calls 911 and reports the emergency, which triggers the response of numerous emergency personnel. However, it turns out the hostage situation was actually a movie set involving paid actors. If the man who made the call had a reasonable mistake of fact as to what was going on, he would have a complete defense to any criminal prosecution.

Falsely Reporting an Emergency, Fire or Crime is a misdemeanor offense that can be punished by up to a year in jail and expensive court fines. In addition, the defendant would be required to reimburse the city or county for the expense of the emergency response. However, if the false report of a crime or other emergency resulted in great bodily injury or death, the offense can be charged as a felony punishable by up to three years in prison.

If you or someone you know are being investigated for or been charged with Falsely Reporting an Emergency, Fire or Crime, it is critical that you speak with an experienced Los Angeles Criminal Defense Attorney right way. As a former Deputy District Attorney with over 14 years of prosecutorial experience, Los Angeles Criminal Defense Attorney Michael Kraut is highly skilled at defending charges of this nature. Mr. Kraut has established key relationships within law enforcement agencies and prosecutor's offices and is highly regarded for his knowledge of the law and skills in the courtroom.