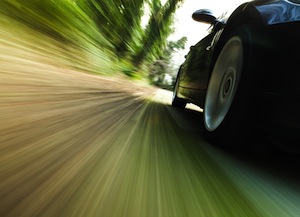 Underground street racing is often glamorized in movies, however engaging in one of these races can lead to criminal charges. Engaging in a speed contest is a criminal offense pursuant to California Vehicle Code Section 23109(a) VC and can result in significant penalties for those convicted.

In order to convict a defendant of engaging in a speed contest, a prosecutor must be able to establish the following elements:

A person engages in a speed contest when he or she uses a motor vehicle to race against another vehicle, a clock, or other timing device. A speed contest does not include an event in which the participants measure the time required to cover a set route of more than 20 miles but where the vehicle does not exceed the speed limits.

The term highway describes any area publicly maintained and open to the public for purposes of vehicular travel, and includes public streets.

A man challenges his friend to a car race on city streets. The two friends race against each other in the middle of the night when traffic is nearly nonexistent. However, over the course of the race they reach speeds far in excess of the posted speed limit. Both drivers could be charged with engaging in a speed contest in violation of California Vehicle Code Section 23109(a) VC.

In another example, a group of friends agree to set up a driving challenge. They plot a course involving several freeways that extends for nearly 30 miles. They agree to race, however no driver is allowed to go faster than the speed limit or violate any traffic law. In this scenario, the drivers would not be criminally liable under the speed contest statute, as their conduct complied with the law.

In another example, a man is driving in excess of the speed limit on the freeway late at night. He notices another car unknown to him that keeps trying to catch up with him but is unable to. Both vehicles are stopped by law enforcement. The driver of the other vehicle admits that he was trying to race the man, however the man did not realize this. While the man could be cited for speeding, he would not be criminally liable for engaging in a speed contest because he did not willingly engage in this activity.

4. Defenses to Engaging in a Speed Contest

Engaging in a speed contest is a misdemeanor that is punishable by between one and ninety days in jail and between $355 and $1,000 in court fines. Anyone convicted would be required to perform 40 hours of community service. The court may also suspend the defendant’s driving privileges for up to six months. If the speed contest causes bodily injury to another person, the defendant must serve a minimum of 30 days in jail.

6. Criminal Defense for Engaging in a Speed Contest

If you have been charged with engaging in a speed contest, it is important that you speak with a knowledgeable and experienced Los Angeles Criminal Defense Attorney right away. Los Angeles Criminal Defense Attorney Michael Kraut is a former Deputy District Attorney with over 14 years of prosecutorial experience who is highly skilled at defending driving offenses of all varieties. Mr. Kraut is highly respected by judges, prosecutors and law enforcement as a highly skilled advocate who fights hard for his clients charged with these types of offenses.