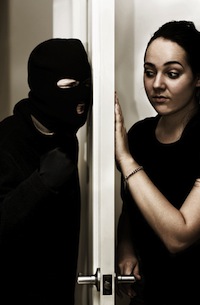 In most cases, trespassing is a misdemeanor-level offense that does not result in severe criminal penalties. However, under California Penal Code Section 601 PC, aggravated trespass is potentially a felony that can trigger prison sentences for those convicted.

In order to prove that a defendant is guilty of aggravated trespass, a prosecutor must be able to establish the following elements:

A credible threat is one that causes the target of the threat to reasonably fear for his or her safety or the safety of his or her family and one that the maker of the threat appears able to carry out. The threat may be made orally, in writing or electronically or may be implied by a pattern of conduct or a combination of statements and conduct.

A man gets into a verbal argument with an acquaintance that gets heated. The man threatens to beat the other man up over insulting comments the other man made in the past. After the argument the two men go their separate ways, with the second man telling the first he never wants to see him again. Two weeks later, the first man is coming home from a bar and realizes he is close to the other man’s house. He walks onto the other man’s property with the intention to make due on his earlier threat and to physically beat the man. This man could be charged with aggravated trespass because he entered another person’s property uninvited with the intent to carry out a credible threat.

In the same example, two weeks after the original argument, the first man feels bad and wants to apologize to the other man. He knows where the other man works so he goes to his office during the day in order to apologize. In this situation, the man could not be prosecuted for aggravated trespass under California Penal Code Section 601 PC because his intent was to apologize, and not to carry out his threat.

If you have been accused of aggravated trespass, it is very important that you speak with a Los Angeles Criminal Defense Attorney right away. Los Angeles Criminal Defense Lawyer Michael Kraut is a former Deputy District Attorney with over 14 years of prosecutorial experience who is highly experienced at defending people charged with offenses such as this. Mr. Kraut is dedicated to his clients and works tirelessly to ensure they get the best representation possible.