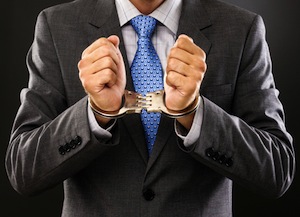 Theft offenses can be committed in a variety of different ways. California Penal Code Section 532 PC addresses theft by false pretense, in which a person voluntary turns over property as a result of a promise or representation that turns out to be false.

In order to prove a defendant committed theft by false pretenses, the following elements must exist:

A man invents a miracle drug that he claims is the perfect diet supplement. He tells people that the drug will cause rapid weight loss for those who take it. In reality, his drug is simply a harmless sugar pill that has no therapeutic qualities. The man could be prosecuted for theft by false pretense because he made false claims in order to get people to give him money.

In another example, a man decides to publish a story on the internet saying that he suffers from a rare form of cancer. In reality, the man is perfectly healthy and simply wants attention from others. Soon, he begins to receive notes of encouragement from people all over the world. Some of these people send him money, even though he never requests this. This man could not be prosecuted for theft by false pretenses, because even though people sent him money based on his false representation, he never asked for money nor intended that this happen.

In a third example, a woman reports to the police that she visited a doctor who promised he could cure her cancer by way of a “magical serum” that he was offering for sale. No other evidence of the doctor’s alleged promise exists and no other witnesses come forward. The doctor could not be prosecuted for theft by false pretenses because there was insufficient statutory proof of his alleged false representation.

4. Defenses to Theft by False Pretenses

If there was no intent to deceive, the defendant could not be criminally liable for theft by false pretenses. Additionally, the defendant may be able to rely on a mistake of fact defense if he legitimately and reasonably believed in pretense at the time he made it.

Depending on the value of the property, theft by false pretenses under California Penal Code Section 532 PC would be considered either a grand theft or petty theft offense. If the value of the property was $950 or less, misdemeanor petty theft charges would apply. The maximum penalty for petty theft is six months in jail, expensive court fines and victim restitution. If the value of the property exceeds $950, the defendant can be charged with grand theft. Grand theft is a “wobbler” which can be charged as either a felony or a misdemeanor. If filed as a felony, the defendant could be sent to prison for a maximum of three years. As with many theft charges, a conviction for theft by false pretenses carries numerous collateral consequences and may limit future employment and housing opportunities.

Theft by false pretenses is a serious offense that can carry severe penalties. If you have been charged with this offense, it is critical that you speak with a knowledgeable Los Angeles Criminal Defense Lawyer right away. As a former Deputy District Attorney with over 14 years of prosecutorial experience, Los Angeles Criminal Defense Attorney Michael Kraut is skilled at representing clients charged with theft offenses like this. Mr. Kraut is well-known throughout the court system as a tough litigator who possesses a deep knowledge of the law. For more information about theft by false pretenses and to schedule your free consultation, contact Los Angeles Criminal Defense Lawyer Michael Kraut at the Kraut Law Group located at 6255 Sunset Boulevard, Suite 1520, Los Angeles, CA 90028. Mr. Kraut can be reached 24/7 at 888-334-6344 or 323-464-6453.