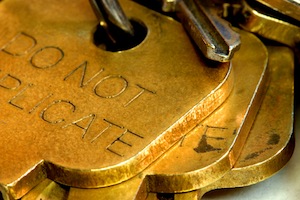 Many public agencies are responsible for storing records containing private and sensitive information. The security of these public agencies must be maintained in order to ensure that public trust is not abused. As a result, even seemingly innocuous acts, such as making a duplicate key to a state building, can expose someone to criminal liability. Under California Penal Code Section 469 PC, the unauthorized duplication of keys to a state building is a crime that can result in jail time for those convicted.

In order to prove a defendant made an unauthorized duplication of keys to a state building, the following elements must be proven beyond a reasonable doubt:

A man teaches at a local state university. He is provided a key to his department and is told that he cannot make any duplications of that key. The man employs a teacher’s assistant that helps out with research and grading papers. The teacher’s assistant was not issued a key to the department, however the man often wants him to work on some weekends and evenings so he has a duplicate key made by a local locksmith. The man could be charged with making an unauthorized duplication of a key to a state building in violation of California Penal Code Section 469 PC.

In another example, a man is a teacher at a public elementary school and is given keys to his classroom and the main administrative building. The man knows he has a tendency to lose keys so he makes copies of all of his work keys and keeps them in a secure place at home. He was never told that he could not make duplicate keys nor was there any mention of this in the policy manual provided to him. This man would not be criminally liable under California Penal Code Section 469 PC because he did not have knowledge that duplicating keys was not authorized.

4. Defenses to Unauthorized Duplication of Keys to a State Building

As described above, the defendant must have actual knowledge that duplicating keys is specifically forbidden. If the defendant was not explicitly told that such an action was not allowed, he or she would not be guilty of this offense.

Additionally, California Penal Code Section 469 PC only applies to state buildings. If a person is employed by a private company and makes an unauthorized copy of his or her work keys, there would be no criminal liability under this statute.

Unauthorized duplication of keys to a state building is a misdemeanor offense. Those convicted of this crime can be sentenced to serve up to six months in jail, in addition to hefty court fines and any other conditions of probation that a judge may impose.

6. Criminal Defense for Unauthorized Duplication of Keys to a State Building Cases

If you have been charged with the unauthorized duplication of keys to a state building, it is crucial that you speak with a top-rated Los Angeles Criminal Defense Lawyer immediately. Los Angeles Criminal Defense Attorney Michael Kraut is a former Deputy District Attorney with over 14 years of prosecutorial experience who now applies his years of experience to help those charged with crimes like this. Mr. Kraut is a tough litigator who knows how to effectively defend those charged with crimes of this nature.

For more information about unauthorized duplication of keys to a state building and to schedule your free consultation, contact Los Angeles Criminal Defense Lawyer Michael Kraut at the Kraut Law Group located at 6255 Sunset Boulevard, Suite 1520, Los Angeles, CA 90028. Mr. Kraut can be reached 24/7 at 888-334-6344 or 323-464-6453.