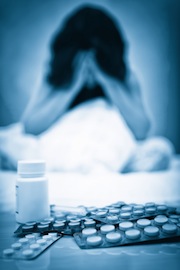 While there are differing opinions about the morality of assisted suicide and this is an issue that is highly controversial, aiding, advising, or encouraging a suicide is considered a crime in California. Those convicted of aiding, advising or encouraging a suicide under California Penal Code Section 401 PC can be sentenced to prison, even if the other person survives the suicide attempt.

To prove that a defendant is guilty of advising or encouraging a suicide, a prosecutor must be able to establish the following elements:

A man suffers from multiple sclerosis and his condition has quickly deteriorated. The man tells his wife that he is in a great deal of pain and does not want to continue living. He asks his wife to purchase various poisons and prepare a mixture for him to consume and kill himself, as he cannot do this himself due to his condition. His wife agrees and prepares the poisonous concoction for her husband. He drinks the concoction and collapses. However, his wife panics and takes him to the hospital, where he is saved. The wife could be charged with attempting to aid a suicide in violation of California Penal Code Section 401 PC.

In another example, a man likes to visit an online chat room for people suffering from depression. The man has medical training and offers advice on the quickest and most painless ways to commit suicide. He provides detailed instructions and encourages people to kill themselves if they cannot deal with their depression. One woman follows his instructions and successfully commits suicide. Investigators search her computer and find communications from the man regarding how best to commit suicide. This man could be charged criminally with aiding or encouraging a suicide pursuant to California Penal Code Section 401 PC.

In another example, a man works at a neighborhood pharmacy. One day a sullen looking woman enters his store and wants to purchase razor blades and blood thinning medication. The man sells her these items. Later, he learns that the woman used these items to commit suicide. This man would not be criminally liable under California Penal Code Section 401 PC as he did not deliberately aid or encourage the woman’s suicide even though he provided the necessary tools.

4. Defenses to Aiding, Advising or Encouraging a Suicide

As discussed above, there may be circumstances where a person’s actions or words unintentionally aid or encourage another person’s suicide. In these situations, the defendant would have a valid accident defense if charged criminally with this offense.

Aiding, advising or encouraging a suicide is a felony level offense. Those convicted of this crime can be sentenced to up to three years in prison. If the other person survives the suicide attempt, the defendant could still be charged with attempted aiding, advising or encouraging a suicide. In these circumstances, the defendant could be punished to half of what the sentence would have been if the suicide had been successfully completed.

6. Criminal Defense for Aiding, Advising or Encouraging a Suicide

Aiding, advising or encouraging a suicide is a very serious felony that can send those convicted to prison. If you or a loved one have been accused of this offense, it is crucial that you discuss your case with a Los Angeles Criminal Defense Attorney immediately. Los Angeles Criminal Defense Lawyer Michael Kraut is a former Deputy District Attorney with over 14 years of prosecutorial experience who is highly respected for his legal acumen and unmatched litigation skills. Mr. Kraut understands the delicate nature of charges like this and works hard to ensure his clients’ rights are absolutely protected.